Cyanogen is on a mission to free you from Google's evil clutches, apparently by delivering you into the clutches of other companies it gets along with better. Rather than integrating Google services with Android, Cyanogen has been investigating other partnerships, and the latest example is Truecaller. This is a caller ID service for Android, and it's going to be available in Cyanogen OS soon. 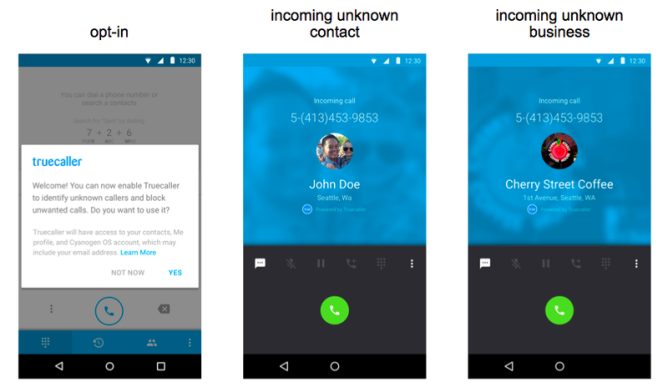 This isn't just going to be a pre-loaded app, but will be part of the Cyanogen OS dialer. You'll be able to opt in or out when you start using the device. If you decide to use Truecaller, it will look up numbers as they come in (in less than a second, allegedly) and tell you who's calling even if they're not in your contacts. Additionally, Truecaller will tell you if a number has been reported by other users as spam and let you do the same.

The Truecaller integration will go out to devices as an OS update in the next few months. Future Cyanogen OS phones will also ship with Truecaller.