Besides a dogfood version of Play Games, update Wednesday brought us a new version of Play Books - 3.4.5. The changes in this update aren't major (or even immediately apparent), but they are worth taking a quick look at.

First up, there's a brand new translation interface. Rather than a toolbar and sheet overlay, the new translate interface lives on a card, just like the existing notes and dictionary interfaces. Here's a quick before and after. 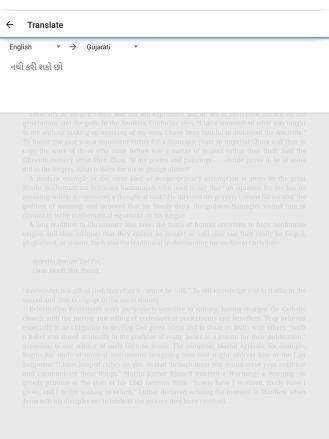 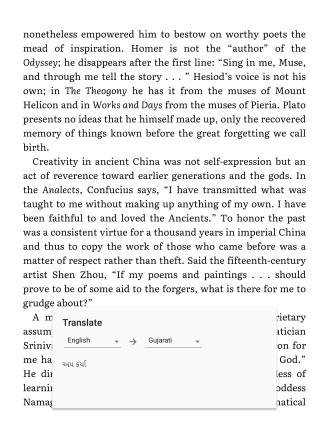 Next up, new changes to notes. The ability to take notes in a book was present in 3.3, but users could not do that in a free sample of a book. In 3.4, you can take notes regardless of whether you own the full book. We've also seen evidence in the APK that syncing notes to Google Drive will eventually be an option, though it isn't live yet. How the notes will be formatted is still unknown, but this feature could come in handy for studying.

Finally, a subtle change to the fonts in Play Books. Droid Serif, which until now was just labeled "Serif," has been replaced by a new font family - Literata. Here's a quick comparison.

At the same scale, Literata has a lower x-height and slightly higher ascenders than Droid Serif. These features, along with Literata's rounder, more natural counters make it an appealing font choice for reading. What's odd is that - at the time of writing - I haven't been able to find Literata from any major font providers, and WhatFontIs - an old standby - has been of no help. It's possible that Literata is just a name Google is using for a different typeface, or that Google has created yet another in-house family. Either way, the change is a welcome one.

Update: As commenter Raymie points out below, it looks like Literata is a typeface commissioned by Google from Type Together.

The update should be rolling out to you any time now, but if you don't feel like waiting just grab the APK from APK Mirror here.

[Update: It's Live] So BAAAAAA-d It's Good: GoatZ Is Dragging Its Zombie Goat Survival Horror ...

The Man Who Put Snake On A Mobile Device Set To Revive The Game On Android With 'Snake Rewind' ...