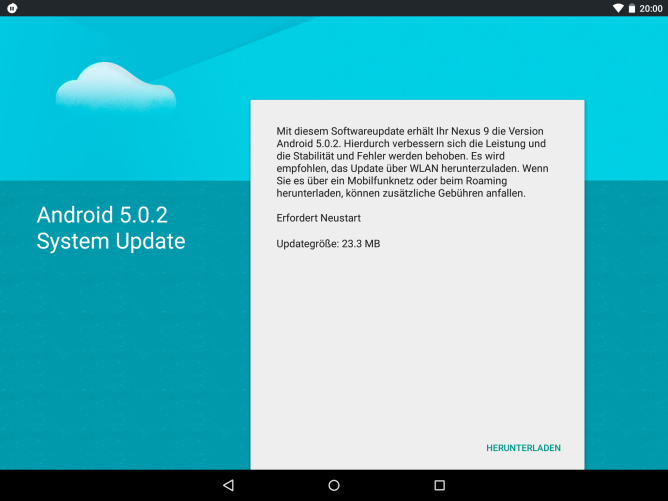 The OTA is a small bump from 5.0.1 and comes with build number LRX22L. It is only 23MB in size and doesn't appear to make any substantial changes. It's probably mostly little bug fixes. The big stuff is coming in Android 5.1, whenever that happens.

You can grab the OTA at the link below. Note, you'll need to be completely stock to flash it. The same goes for 5.1 whenever that happens.