Not long ago each of the T's in IFTTT left IF behind and formed their own little Android apps that had nothing to do with the letter T: Do Button, Do Camera, and Do Note. Today the IFTTT team has pushed out an update for these three apps.

Version 1.1 provides each Do app with access to four new Channels. You can now interact with DocSend, ecobee, Greenwave Systems, and Wink Shortcuts when pressing a button, taking a picture, or creating a note. 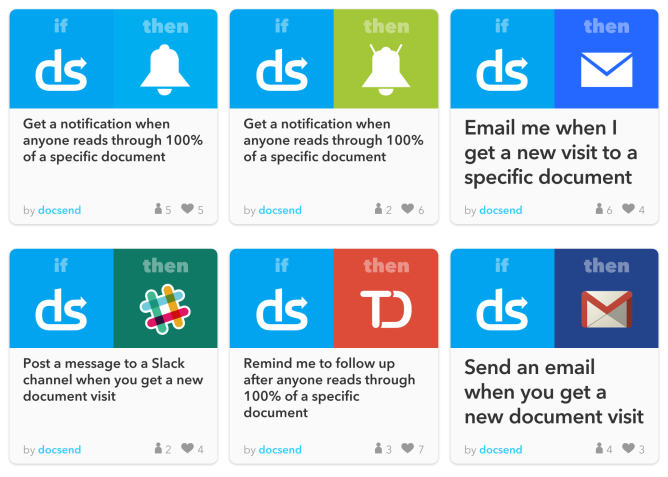 DocSend Channel being used in IFTTT.

This release shows off a new creation flow when inserting channels into recipes and a number of other enhancements. Here's the changelog, which is the same across all three apps.

AppChat Is An Alpha App That Connects You To Live Chat Rooms For All Your Installed Apps ...