While it was once a pretty popular service both for their web interface and Android app, Grooveshark is calling it quits. This isn't a big surprise since their claim to fame was basically just disregarding the legal need to get the rights to music that users streamed and uploaded. Most recently in the news for having their app's Chromecast support revoked, Grooveshark hasn't been in the Play Store since 2012. Those were about that whole failure to license problem too, which was Grooveshark's ultimate undoing. 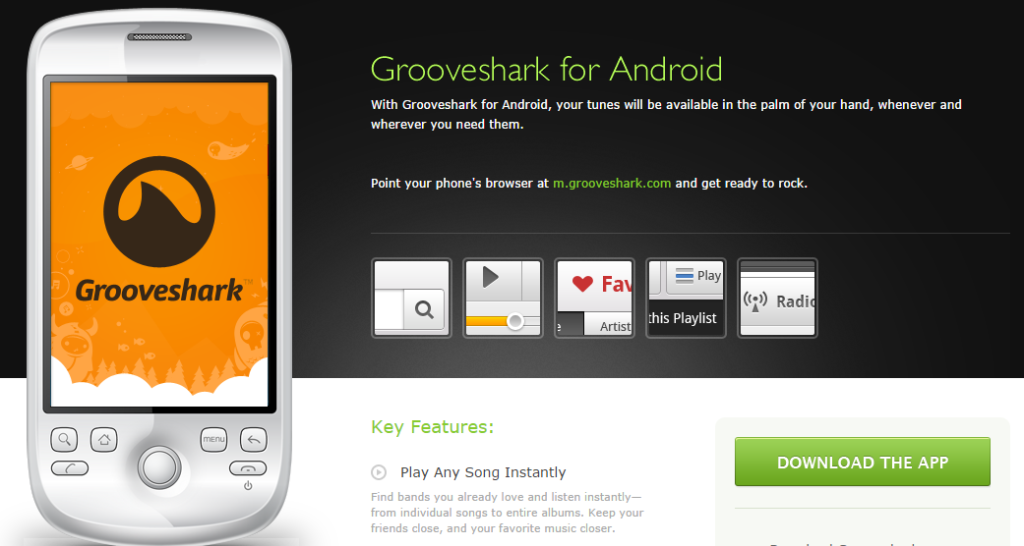 In terms of their Android presence, the ban from the Play Store was the beginning of the end. Different versions floated around, many of them unofficial. Their team continued development, but it became clear that the unending pressure from the music industry's trade group, the RIAA, was taking its toll. With little fanfare, Grooveshark set their website and all links within to show a goodbye message.

The message states fairly plainly that they had reached a settlement for ripping off music artists and part of that deal was that the service must disappear. Grooveshark also rightly points out that when they launched, there were no user-friendly legal ways to stream music, but now there are. Spotify, Google Play Music All Access, and others have filled the void in a better way. With those services in the fray, Grooveshark went from a slightly rebellious service that gave the people what they want to something that just felt kind of wrong.

And with that, it's all over. It has been nice knowing you, Grooveshark, but most of us moved on long ago.

[Deal Alert] Trade In Any Working Tablet, Get $100 When You Purchase The New Samsung Galaxy Tab ...