Samsung and T-Mobile are starting to roll Android 5.1.1 out to the Galaxy S6 Edge, which is crazy when you consider the Nexus 9 is still sitting there on 5.0.1. According to engineering program manager Sascha Prüter, the OTA will be ready soon. For real this time. 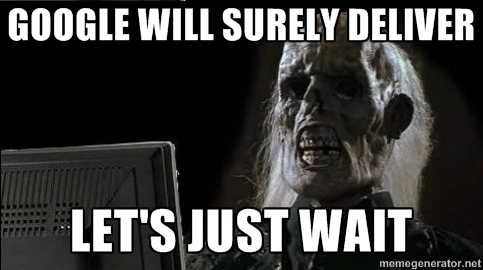 This isn't an official announcement, but Prüter did comment on Google+ to let a user know the OTAs were still in the works. Apparently there were some last minute bugs to deal with, but the team has nearly finished squashing them. It's unclear if the regular and LTE updates will roll out at the same time or not. The exact timeline wasn't discussed as Prüter doesn't work directly on N9 updates.

Prüter didn't comment on the nature of the bugs, but I'd wager it has something to do with Nvidia's 64-bit Denver CPU cores. Other 64-bit devices seem to be getting updates well enough, and the Nexus 9 is the last Nexus device without Android 5.1. For now, we continue to wait.