Livescribe announced at CES that they would be bringing Android support to their market-leading smartpen and now that time has come. They have released two apps, each carrying the "preview" label, to the Play Store. The apps will work with existing Livescribe 3 pens, which originally only had mobile software support on iOS. Also as promised in their announcement, the apps boast a material design that just screams, "I am not an iOS port." 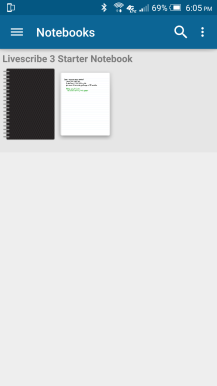 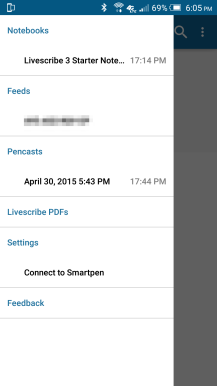 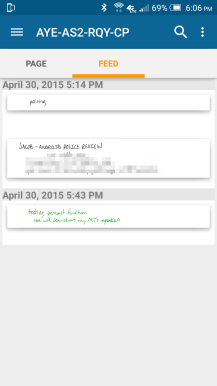 And if the pictures don't tell the story, that wasn't a joke! This is clearly software that has been redesigned to work on Android.

Now, why two apps? Livescribe Link handles the pairing and management of the Bluetooth connection between the pen and phone. It has very little interface and you more or less won't interact with it after first connecting phone and pen. Livescribe+ is where you will look at and interact with your notes, as you can see above. This will be your home base, so to speak, for working with your smartpen.

Due to the fact the pen uses Bluetooth LE, your phone or tablet must have the hardware to support it. Likewise, the device must be running KitKat 4.4.2 or later, due in part to concern for Bluetooth compatibility.

To celebrate, the Livescribe 3 Pro Edition bundle is offered at $25 off of its regular $200 price, down to $175. The standard pen is discounted by $20, down to $130. It can be purchased at Livescribe's site or via Amazon at those prices. While it may not seem like a big price drop, it is tied for the lowest price ever, according to CamelCamelCamel.

For a teaser, I received a review unit today and will be posting a review of the pen and its accompanying software in the coming days. If interested in the pen, you will want to look out for that.