Welcome to the latest entry in our Bonus Round series, wherein we tell you all about the new Android games of the day that we couldn't get to during our regular news rounds. Consider this a quick update for the dedicated gamers who can't wait for our bi-weekly roundups, and don't want to wade through a whole day's worth of news just to get their pixelated fix. Today we've got a unique head-smashing platformer, another Kairosoft management sim, a classic WWI dogfighter, a minimal lane-based strategy game, an interesting text-based interrogation title, a game where you eat people and smash paintings, and an anime-inspired badminton game. Without further ado:

Skullduggery is an interesting mix of platforming elements and the slingshot mechanic from Angry Birds. It's also deliciously offbeat: you play an animate skull in the hire of the Infernal Revenue Service, beating up delinquent undead tax evaders (get it?) by stretching out your own brain matter and flinging yourself through the levels. A single $5 in-app purchase removes ads and unlocks some of the game's more intricate features.

You know the old saying, “you can’t take it with you?” Well, we’ve got news for you, my friends, they were WRONG. “Deadbeats” have been taking their riches with them to the afterlife for centuries and it’s the job of the INFERNAL Revenue Service — and its army of skulls — to collect. That’s where you come in. In “Skullduggery.” you’ll play a Semi-Organic Autonomous Skull employed as a collection agent for the IRS. Using the elasticity of your own brain, flick yourself around the fortresses of the afterlife’s biggest deadbeats. The latest management sim from Kairosoft has you taking control of... a fish pond. A commercialized fish pond, mind you - something between a hatchery and a safari hunting ground. You'll have to build up your facilities and raise fish from hatchlings in order to populate your park, then attract visitors who are looking for that big catch. Unlike some of the more recent Kairosoft games, Fish Pond Park uses a conventional premium model.

Nurture an idyllic slice of tourist's heaven into the top nature spot of the nation, furnishing it with a variety of services like inns, tours, and more. Mix and match areas of your wooded wonderland to concoct exciting outdoor attractions that appeal to sightseers' sweet spots. Which combinations make what? Energize that outdoorsman's spirit and experiment for yourself. Any pond or river also doubles as an aquatic habitat for fry--which you can raise for later fishing excursions in the all-new fishing mode. 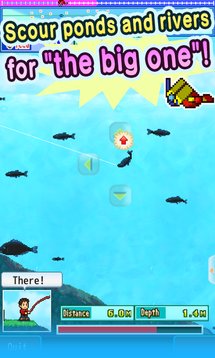 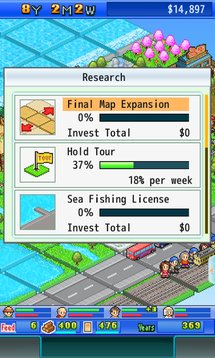 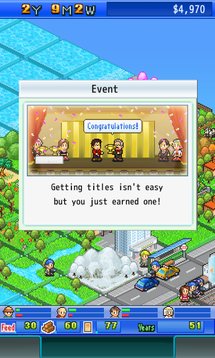 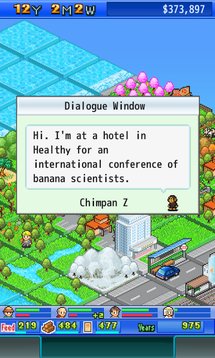 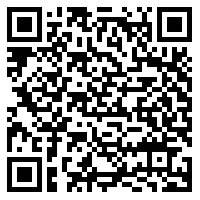 Wings was one of the first dogfighting games to include a pilot's eye view battle mode, but the game itself was actually much more interested in telling its WWI story. This remastered edition switches to 3D graphics, but keeps the triple game modes: first-person dogfighting, top-down bombing, and isometric strafing runs. Nostalgic for the original 2D visuals? The original Amiga game is also available on the Play Store.

Cinemaware's classic Wings. gets re-mastered in high definition with all its original missions, dogfights, story and gameplay. Relive the action, glory and seat of the pants daring of a WWI Allied fighter pilot. You'll strafe Hun armies, bomb enemy aerodromes and match wits against deadly Aces in heart-stopping dogfights, the loser going down in flames...without a parachute. More than just a simulator, Wings. features genuine arcade action and an emotion-packed role-playing experience. 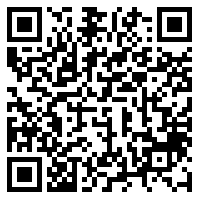 Battledots takes the concept of lane-based strategy and boils it down to its purest elements, replacing all units and attacks with dots. It's kind of like Stratego played out in real time on an abacus. You get a limited amount of resources to spend on defending and attacking, so choosing the lane in which to make your stand is vital to winning. Online multiplayer and single-device multiplayer are included, and you get it all for one dollar.

Battledots is an intense, fast-paced strategy game where you must attack the opponent while defending your base, and everything is done with dots. There are 15 dots to choose from, and each one has its own unique abilities that will aid or hurt you in battle.

• Over 100 Levels
• Over 15 different Dots with unique abilities
• 5 powerful Bonus-Dots
• Endless-Mode with Leaderboard
• Local Multiplayer: Play against a friend on one Device.
• Cross-Platform Online-Multiplayer Indefinite is a fascinating minimal game that puts you in the shoes of a suspect under interrogation. All you have to do is answer rapid-fire questions. But be careful: if you don't keep your answers straight or you take too long to reply (even to the uncomfortable ones), the interrogation is over. The chilling after-action report tells you what the authorities decided to do with you... and your family. This is the rare text-based game that manages to be both simple and incredibly unsettling at the same time.

What is Indefinite? Indefinite. It doesn't quite fit into any genre. You might call it an interrogation simulator, a text-based memory quiz, or a dystopian interactive fiction game. Were you the mastermind behind The Incident, or merely a pawn? As you play, you will unravel the mysterious circumstances behind a catastrophic global incident. 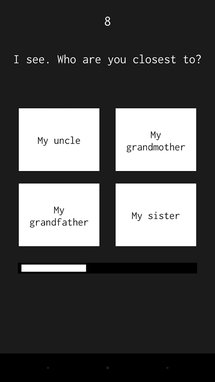 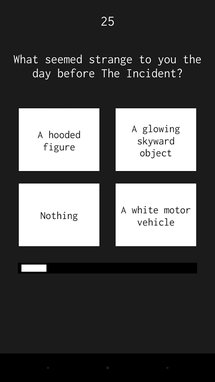 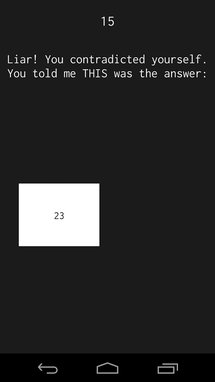 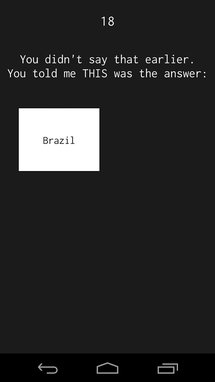 Bears aren't known for their appreciation of modern art, but this one is downright unsophisticated. In Bears vs Art, you move your fuzzy avatar around grid-based stages, alternately avoiding or mauling patrons, then destroy "priceless" paintings in Fruit Ninja fashion. The aesthetic and humor are appealing (one of the first things you do is smash the "Mona Beara"), but HalfBrick has unfortunately fallen for the siren call of a power recharge system (which can be dismissed with a $6 in-app purchase) and currency IAP (which can't).

Greedy millionaires have opened abstract art galleries to display and admire their latest work. Now Rory the bear is ready to fight back against the pointless pieces invading his home. Bears vs. Art – a puzzling postmodern expression of the fight against subtext, from the creators of Fruit Ninja and Jetpack Joyride. Discover 150 galleries with exciting puzzles around every corner. Plan your moves carefully or race the clock in timed challenges to destroy every painting on every wall. 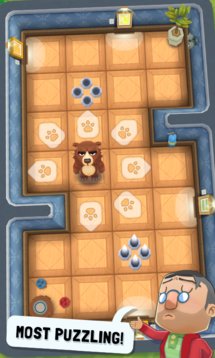 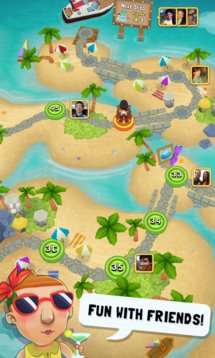 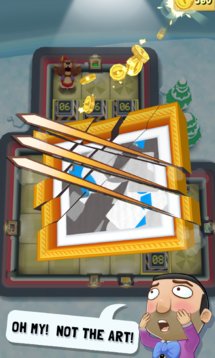 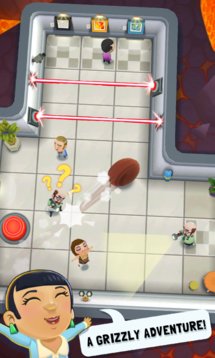 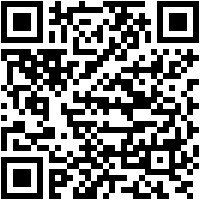 I had no idea that there was such a thing as professional badminton, much less pro badminton video games. Li-Ning Jump Smash is a somewhat over-the-top representation of the sport, and that fact isn't lost on the developers. The latest edition switches to an anime style for its competitor characters... who will apparently save the world from a comet with super-powered shuttlecocks. The game includes exhibition, tournament, and multiplayer modes, and lots of currency-based IAP.

With more than 6 million downloads worldwide, The World's No.1 Badminton game comes back in Jump Smash™ 15. Get ready for a badminton experience like no other; featuring an all-new intuitive swipe-mode gameplay, global stadiums, PVP mode, original anime characters, and high quality visual effects.

• Exhibition Mode: Play in singles or doubles mode to earn JS coins.
• Tournament Mode: Play your way through the tournament to become the World Jump Smash Champion. Earn JS coins and unlock characters in Tournament mode.
• Multiplayer Mode: Go head to head with your friends or compete in local and online tournaments.
• Training Mode: Utilise training mode to improve your character's individual statistics.
• CustoMe™: Customise your own individual character and play with them in Tournament and Multiplayer Mode. 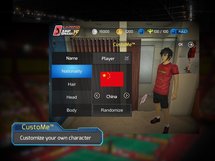 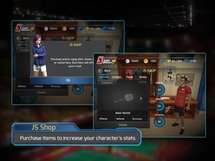 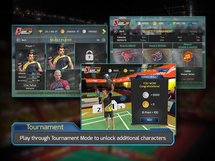 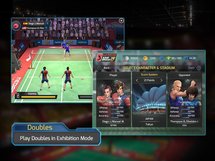 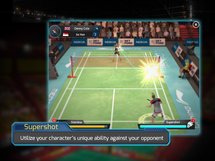 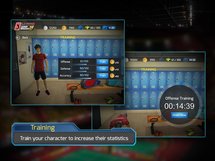 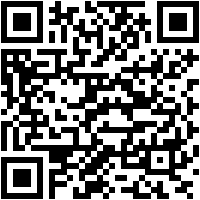