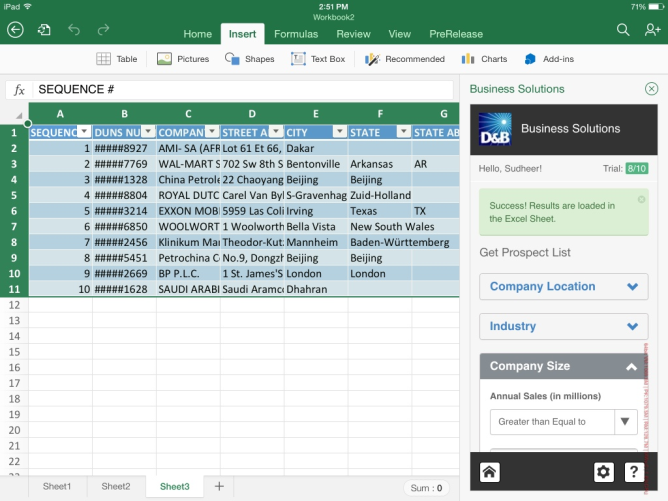 Add-ins are another name for extensions, which allow users to expand on an Office app's functionality by installing a third-party add-on. The Office Store is full of them, providing ways to quickly check Wikipedia, pull up LinkedIn profiles, and create fancy charts. Some of you may already have a few favorites on the desktop.

For the announcements that have nothing to do with Android, hit up the source link below.

T-Mobile's Galaxy S6 Edge Is The First Samsung Device To Get An Android 5.1 OTA Update