Messenger is Google's basic alternative to Hangouts for sending SMS messages, and today it has received an update bringing along a widely-requested feature. No reason to tease you about it. Let's jump in.

Quick Reply is the ability to respond to a message without having to switch to the full app. Now when the notification comes in and you hit the reply button, you can tap out a response and go about your day.

However, the feature isn't without its drawbacks. The Quick Reply interface takes up the full screen, but it doesn't show you any of the message you just received. So if the last text was truncated, you will have to fire up the main app regardless. Fortunately that only takes an extra tap. 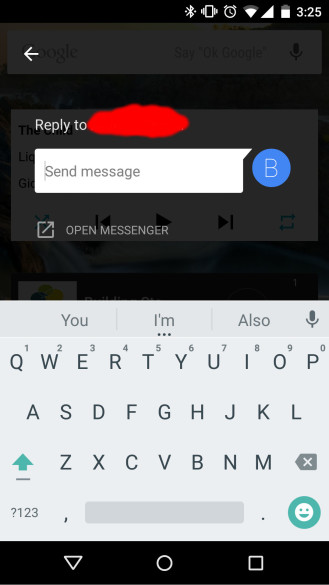 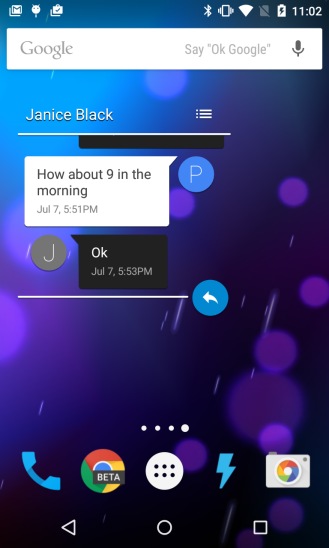 The second screenshot shows off a new widget that places a scrollable conversation thread on your homescreen. You can change the current contact by tapping the icon on the top right. The widget is also fully resizable.

And for folks who love emoji (Google refers to them as stickers in the app's code)... here are some of the emoji Messenger now includes, presumably for older Android devices. Chime in if you notice any other changes.