The HTC One rocked the Android landscape with a groundbreaking design. Then it got a mild evolution with the M8, and now it looks kind of the same again with the M9. Some people think it still looks great, while others are beyond bored with the design. It's not particularly easy to cough up an entirely new look, so the manufacturer has come up with something else.

It's going to stick stylish engravings on limited edition phones. For the launch of HTC INK, the company has partnered with model Jourdan Dunn (who herself partnered with ink-er Cally Jo Pothecary) to produce the design below. 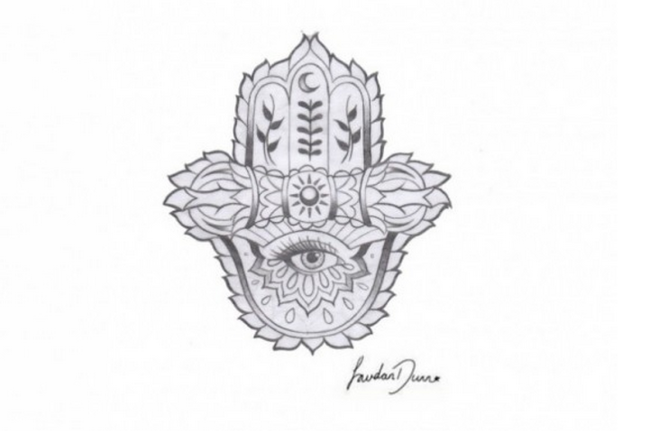 I could try to analyze what this image represents, but I'll just leave that to HTC:

The open hand and eye symbolize the need for protection and strength while still being open and approachable in personality and style. The natural leaf elements and patterns around the outside of each visual reflect the growth in creativity that Jourdan is feeling at this time, and the sun and moon together represent balance and harmony in her character.

If you like the look, you can eventually get an HTC One M9 with it engraved somewhere. If you like the idea but aren't in love with this look in particular, HTC says it will have more INK news to come. If you like the look of the phone as is, you can buy that from anywhere. And if you don't like the M9 or HTC but just want to gripe, there's a space below where we're sure you will make yourself at home.

Total Commander Gets Much Less Ugly (But Still Pretty Ugly) And Vaguely Material In Version 2.6

Microsoft Will Allow Easy Ports Of Android Apps To Windows 10