This is an updated and refined edition of Ys I: Ancient Ys Vanished - the Android version is probably based on the assets of the updated re-release for the PSP and DS made in 2009, as one half of Ys I & II Chronicles. If that's too confusing, let's just stick to the Android version: it's an action-RPG with real-time combat and a fantasy setting. That makes Ys more akin to Zelda than Final Fantasy, though the anime inspiration means that there's also a deep story with lots of characters and conversations. The narrative follows a young knight named Adol who's tasked with ridding the land of Esteria of an ancient evil by collecting six history books. Like you do. The developers at DotEmu are masters of the classic game port, and it looks like they're pulling out all the stops for this release. $5 gets you updated graphics and sound, an "original" mode with the old 8-bit visuals, text translations in English, Japanese, French, Korean, Russian, Italian, German, and Portuguese, and compatibility with Android TV. That means it also works with external HID controllers, including physical controls on NVIDIA's various SHIELD systems, plus a refined touch-based interface for phones and tablets. For all that, $5 (with no in-app purchases!) seems more than reasonable. Here's hoping that DotEmu brings more entries in the series to Android in the future. 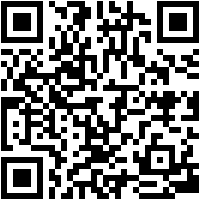 For The Love Of God, Stop Throwing Money At These Stupid 'Connected Cycle Pedals' On Indiegogo