Android Lollipop is making the rounds, and now it's time for Verizon's version of the Galaxy S4 to step up and get a taste. Verizon has announced that it's rolling out an over-the-air update that will bump the phone up to software version LRX22C.I545VRUGOC1 and Android 5.0.

As usual, the OTA is going out in stages, so you may not get a notification just yet. In such an event, you can at least comfort yourself knowing that it's on its way. 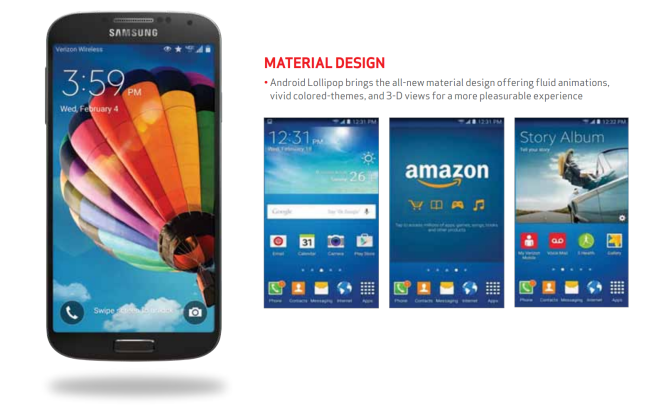 This release doesn't just come with the features Google introduced when it rolled out Lollipop, it has Samsung's tweaks as well. You may have seen the changes by now, but if not, Verizon provides an overview along with plenty of low-res screenshots in the support document below.