LG's flagship smartphones have quickly increased in quality over the years, and the G4 marks yet another clear evolution for the other large Korean electronics firm.

We have a review unit (with gray plastic cover - these photos are of other devices) in hand now, and I can say that the G4 is categorically an improvement over the G3 in some clear ways, but others we'll just have to wait and see on.

The first thing that struck me about the G4 (aside from the leather-backed variants) was the brightness and vividness of the display. It's clear this new "quantum" IPS panel is a very significant upgrade over the 2K IPS in the G3 in terms of brightness and contrast. 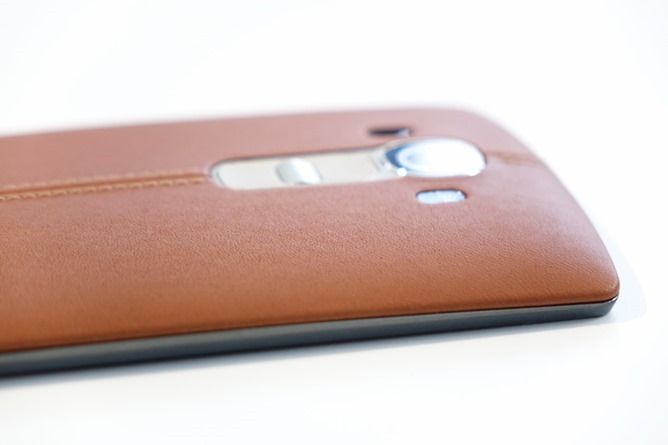 That was easily the weakest point of LG's 2014 flagship, and it's good to see they've made some real and obvious improvements here. The new display is also 11% more power-efficient while also supporting a higher maximum brightness level than the G3's panel. How it compares to Samsung's QHD Super AMOLEDs, I'm not sure, but when I get the phone back home I'll definitely do some comparisons.

The Snapdragon 808 on our preproduction software feels pretty quick so far, but we'll have to see what it does with more time on the phone. Given that Qualcomm and LG have had several months to get the performance issues with these ARM-based 64-bit chips ironed out (as well as the benefits of Android 5.1), it seems very possible the G4 will avoid the power consumption and throttling pitfalls of devices like the G Flex 2 and HTC One M9. Qualcomm was up there on stage vouching for the battery life as being "more than one day," but we'll see what that means in practice in the coming weeks. 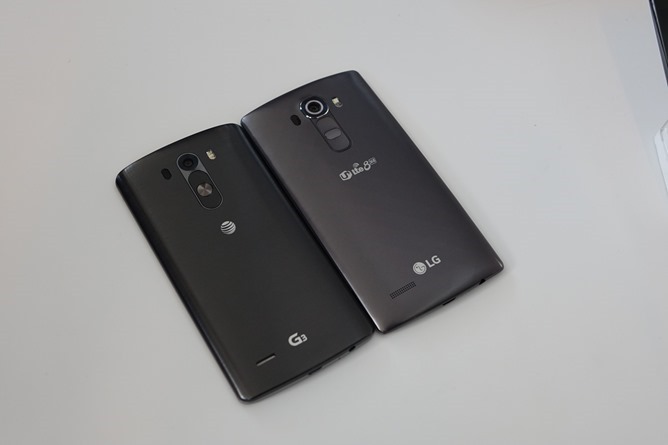 The software layer is, if I'm frank, still the same relatively unattractive overlay LG has been reimagining rather unimaginatively over the last couple years. It really doesn't blend well with Android 5.0's material design aesthetic, and while a custom launcher can alleviate some of that, you're still going to have to deal with it in some areas of the OS (granted, this is little more than a small annoyance). 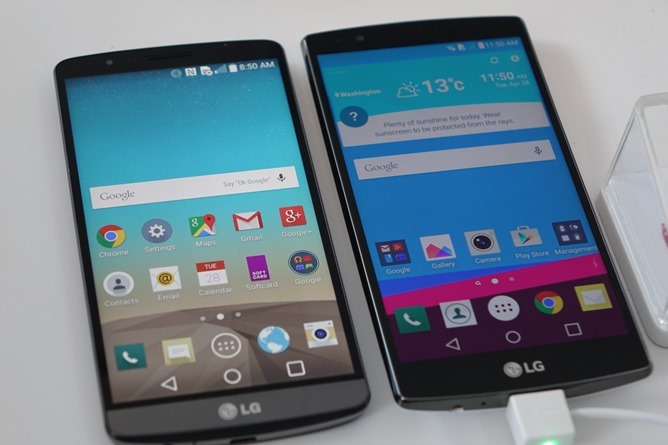 The design of the device itself, aside from the leather covers, is unabashedly iterative. The G3 was never a particularly pretty phone, and I don't think the G4 does much to improve that. While the body-color "chin" on the front is gone, the gray plastic version (which will be the most mass-produced variant of the device) doesn't feel special at all despite LG's assertions about "ceramic elements" and "metallic accents." It still feels like a relatively cheap phone, taking some clear design cues from the G Flex 2 that debuted back in January like a slightly curved chassis. 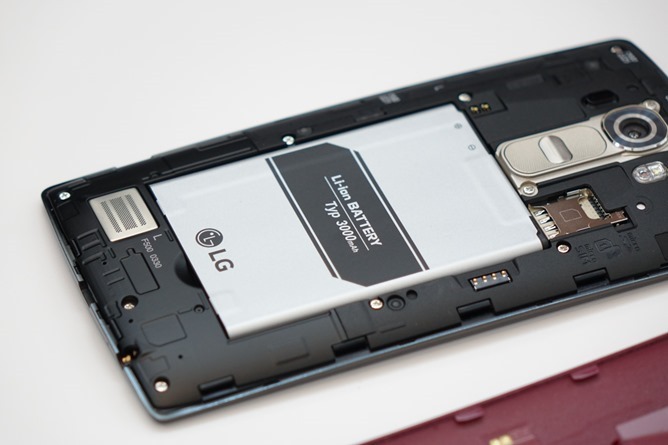 The camera sounds impressive on paper, but I just haven't had a chance to use it yet. Our full review will put it to the test, because if there's one thing I loved about the G3, it was the camera, and this year's sounds even better. For that, I am definitely excited - LG really does seem to have some imaging know-how in terms of outmaneuvering and out-featuring competitors.

These are just our early thoughts, so check back for our full review in next couple of weeks. 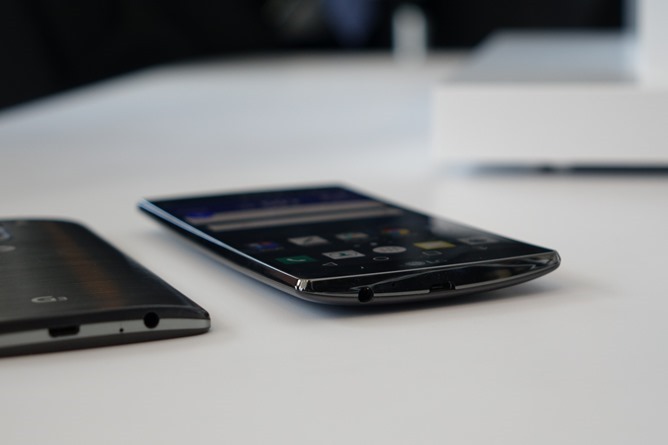 Latest Microsoft Health Update Can Track Steps And Calories Without A Microsoft Band, ...