It's been a few days, but Google just posted the changelog to Newsstand 3.4, and it looks like a lot of algorithm changes. Improvements were made to speed up load times and generally put more of our content in front of us.

There is also a very minor bug fix released a few days after the original post, but it kept the 3.4 version number. The APK Mirror download link has been updated to go to the latest version. 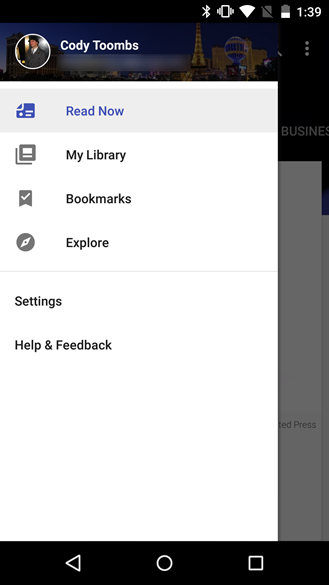 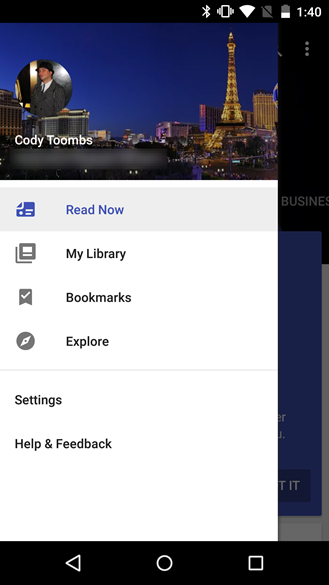 The most obvious change is to the navigation drawer, which finally moved to a full-size profile picker. In Liam Spradlin's Stock Android Isn't Perfect post, this happened to be the last remaining app with a miniature picker, so things are starting to look pretty uniform. However, there's still no sign of the drawer passing under the status bar. That will just have to come in a future update. 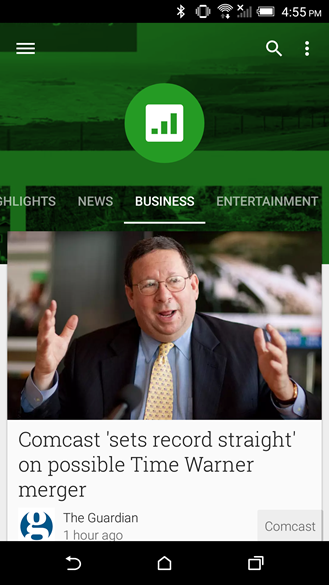 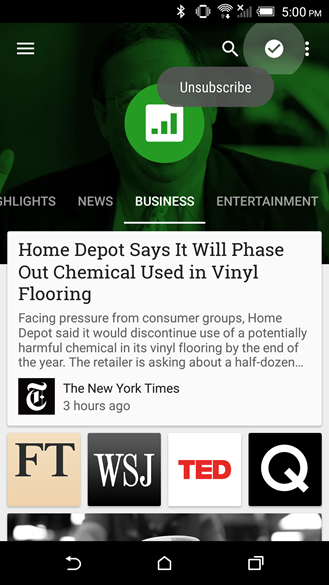 Another minor adjustment appears at the top of the screen of topics in the Read Now section. The new checkmark icon is a shortcut to remove topics from the subscriptions list. This replaces an option in the overflow menu previously titled Remove topic. I'm not sure if this is really something that needed to be exposed more directly, but it's now a one-tap operation to clear anything from the list. If the button is accidentally tapped, there is a brief toast notification at the bottom with an Undo button. 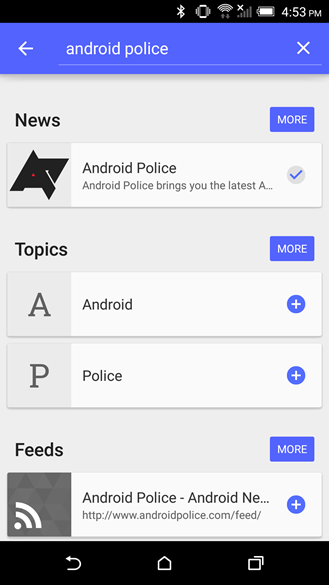 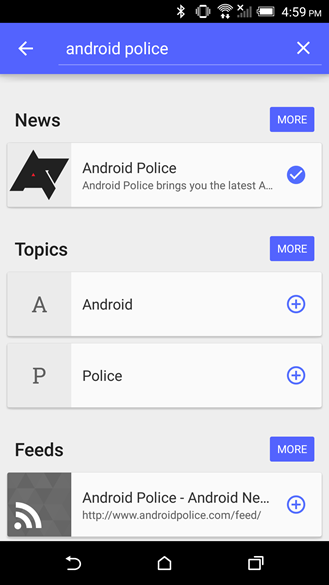 Finally, the nit-picky among us might notice that a few of the basic icons have changed. For example, the Add and Subscribed buttons have been inverted.

While the user-facing changes seem to be mostly visual, there are a few other additions that will bring bigger functional differences. Some of these features may be live now, but not readily visible, while others are probably still in development.

Love it or hate it, one of the biggest factors in the success of the old-school publishing industry was the collection of subscriber information. Publishers were hungry for this data because it gave them demographics, a huge set of potential customers for other products, and of course, high quality mailing lists to sell. Years ago, Apple made that type of information accessible to its Newsstand publishers with permission from customers, and now it looks like Google is doing the same.

The potential advantages of sharing personal information aren't clear from these strings, but the first one spells out the basic idea well enough: "To receive full subscriber benefits..." The perks will obviously vary from one magazine to the next, but they could include things like access to a back catalog of select issues or possibly even some physical rewards. 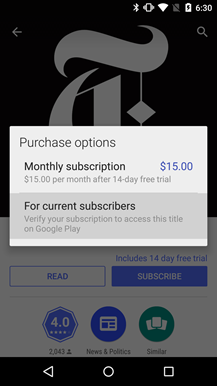 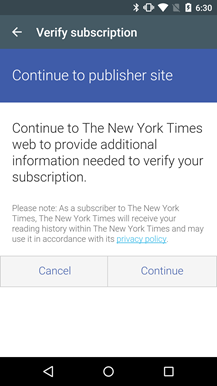 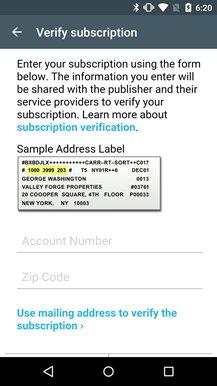 Screenshots from the Play Store

It's not particularly exciting, but Google is also adding (or moving) the verification process for existing magazine customers directly into the Newsstand app. This is for users who have already paid for a physical subscription, but also want access to a digital copy to read on a phone or tablet. Does it matter which app this is done in? Not really... But this is a teardown, so let's hit all of the dirty details. Screenshots from the current verification process in the Play Store are shown above, and the brand new strings from Newsstand are below. It's not hard to see some matches.

What do you get when an advertising company gets into the business of selling content that is fundamentally loaded full of advertisements? I don't know the answer, but it makes the next section more than a little predictable. It looks like Google is considering placing ads inside of content shown in Newsstand.

There's not a lot to go on, but a handful of new strings points to the likelihood that content can now come with Google ads. It's not clear if this will apply to magazines and newspapers, or if it will be directed towards articles taken from the Internet. Beyond a couple of strings used to indicate if content is free or contains ads, there's little more that can be learned here. The prefix "internal" in a couple of string names might suggest that this is still in testing.

Logically, this is no different than placing ads onto a website, and it might actually have the potential to be better for readers in some ways. If these ads will appear in magazines and newspapers, particularly for smaller operations, it gives writers the opportunity to focus on quality and allow Google to take care of monetizing the product. Google may be trying to recreate the success it has had with YouTube's strategy of allowing channel owners to turn on advertising to make income. Even if this means more ads, it also incentivizes people to put more effort into releasing great content. At least, that's what I'm hoping for.

[Deal Alert] Spigen Cases For LG G4 80% Off From Amazon, Prices As Low As 3 Bucks