LG's round watch do-over just went live in the Google Store, and it can be yours for the Apple-esque price of $350. The LG Watch Urbane looks like a smoother, more attractive G Watch R, but that'll cost you an extra $50 apparently (launch prices). It's available in a number of countries, but it won't leave the warehouse for a few days yet. 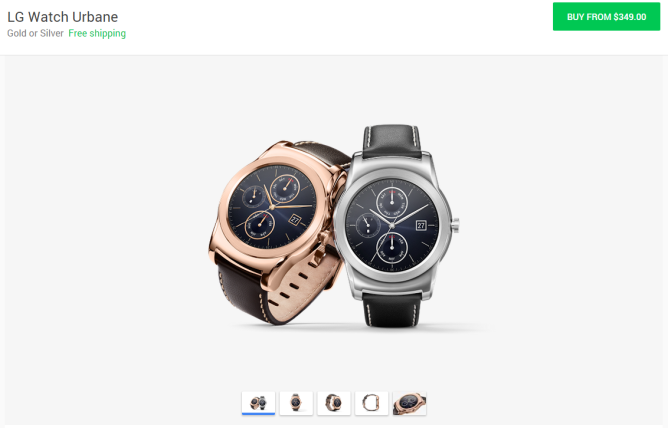 Before you get too excited, you can only get the Watch Urbane in Australia, Canada, France, Germany, Hong Kong, Ireland, Italy, South Korea, Spain, the United Kingdom, and the United States. The prices will vary by region, but it should work out to roughly the equivalent of 350 freedom bucks. The Google Store is also still offering free shipping if time is not a factor. Compared to the G Watch R, the LG Watch Urbane is basically the same watch on the inside. It has a Snapdragon 400, 410mAh battery, 1.3-inch 320x320 round P-OLED screen, and 4GB of storage. It will run Android Wear 5.1 out of the box, though. If you decide this is the watch for you, the Watch Urbane is expected to ship around May 8th.