On the heels of the LG G Watch Urbane's arrival to the Google Store, the G Watch R gets a nice discount. Originally sold at $299, you can now get it for $249. This is a good deal; just several weeks ago we told you about an offer where you could get the G Watch R for $269. The price puts it at a fair distance from the newer Urbane, which is starting at $349. 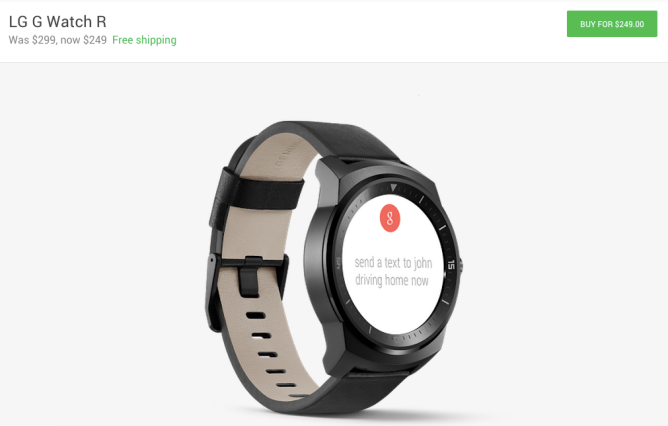 This is definitely a deal to look into, since we once crowned the G Watch R as perhaps the best first-generation Android Wear device. Of course, it's still a first-generation device, which is now reflected in its price. The differences between the R and the Urbane, though, are really mostly superficial. Their guts are basically the same, but the Urbane may stand to get speedier software updates and you may prefer the looks of the newer model.

The G Watch R isn't the only Android Wear device to get discounted recently, either. Motorola's Moto 360, the original beautiful smartwatch, is now at $179 in the Google Store, Amazon, and Best Buy. If you aren't getting the hint, we are probably on the verge of seeing a new batch of Android Wear watches, perhaps starting at I/O in May. Still, you probably won't go wrong with the G Watch R.