At some point in our near future, I think free-to-play gaming will jump the proverbial shark. I'm not sure if that moment is right now, but it could well be close. Or rather, I hope it's close, because Deer Hunter Slots is now a real, actual thing that real, actual people will play on their Smartphones And Tablets - Available On The App Store And Google Play Today!

And it features, wait for it, a $199.99 in-app purchase. I knew, at that point, I had to go deeper. I downloaded Deer Hunter Slots.

After a short while, the game was installed, and I opened the app. A reassuring loading bar let me know that I would soon be on my way to sweet, sweet sport-hunting themed goodness, tapping away at a virtual button that would virtually screw me out of my virtual currency.

Log in to Facebook for 5,000 free coins? Absolutely. I will give you my Face Book, Deer Hunter. The app isn't allowed to post on your wall, so that's good.

Immediately, I am ambushed by a New User Special: 10,000 coins for just two bucks! Wow, that's like, two $0.99 McDoubles. I decide to pass on this once in a lifetime offer that then proceeds to pop up eight more times in the next half hour.

The main UI greets me. I notice a "BONUS" button in the bottom right corner of the app. I tap it. A spinning toast notification circa Android 2.2 pops up briefly (a fine vintage, sir), and then I am gifted 300 coins. A 4-hour countdown timer appears in place of the BONUS button. This is my drip. This is how they keep the edge off between the bi-weekly $20 Play Store gift cards I get for $18 from a guy down at the pier.

I watch 7 more commercials. I am told I can watch no more. I decide to actually play the game. 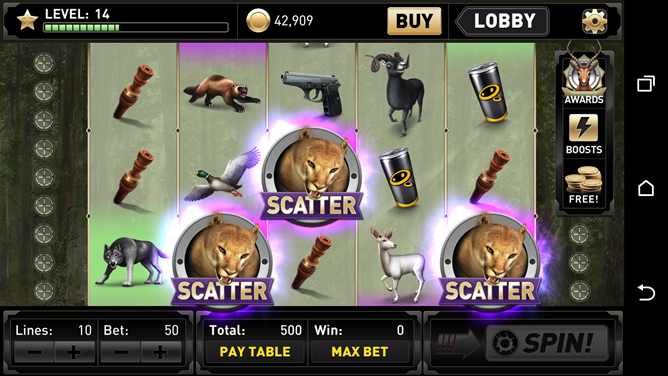 I have no idea what is happening. Five columns are spinning. I have two wolves. This apparently nets me 60 coins on my 90 coin bet. I spin again. Three cougars screech simultaneously. I win 221 coins and reach level three.

I spin again. I get three bears. Three free spins! And now I am choosing a gun, apparently. I choose a gun. It is a bad gun - it has a 57 under it, and I am "out of ammo." A cutscene plays - I am attempting to shoot a bear in the heart at point blank range with a high-powered rifle. The bear wrestles me to the ground and claws at me. Presumably, I am dead. I spin again, 400 coins.

My HTC One M9 test device is getting quite hot. 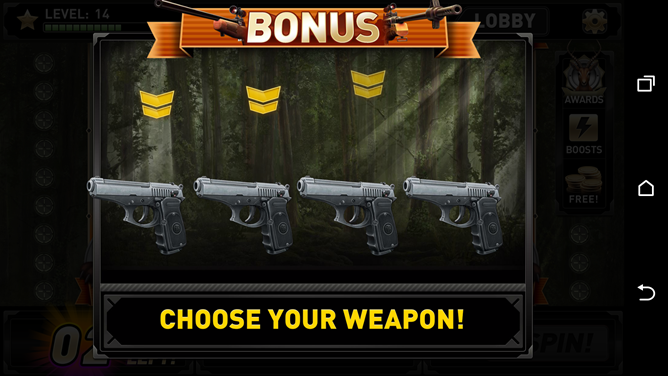 FOUR BEARS. I choose my gun again. Nice shot! This time, the cutscene plays, and I shoot the bear. The bear is dead. This gets me 321 coins. You've reached level four! <guitar solo plays> 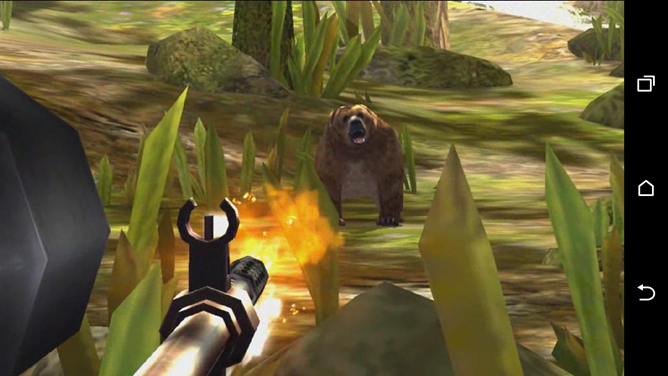 Ten minutes pass. I have killed (and been killed by) more bears than I believe is legally permissible under any state's current hunting tag scheme. I am up 10,000 coins over where I started. The free ride must end soon. Level 5: the North Africa machine is now available. A virtual saunter through the lobby later, and I am ready to begin slaying gazelle ad nauseam. 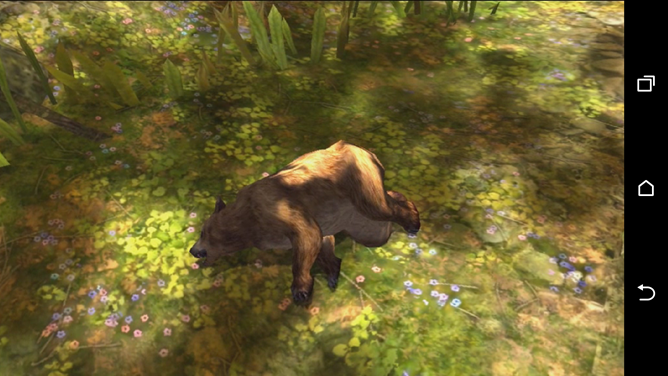 Five minutes pass and I have not yet gotten a triple gazelle. I am beginning to lose faith. Suddenly: it happens - a triple gazelle lines up. They all die. I am then requested to pick a gazelle, which gives me a multiplier. My gazelle is an x2. A compass appears and spins. 900 coins. I turn the sound effects off out of concern for my own mental health.

The North Africa machine goes south on me, and I lose 3,000 coins. Eventually, I strike it rich again with two 2,500 coin wins. I still have essentially no idea what is happening, though it is clear that "level" advancement is essentially dependent upon the number of times you spin the machine. I am now at level 8. I am uncertain if the canine-like creature on one of the slots is a badly-drawn hyena, or some kind of endangered wild African dog that would be wholly and deeply inappropriate for a hunting-themed free-to-play slot game. It probably doesn't matter.

I up to the maximum amount of money I can bet per spin. I keep winning. A 15,000 coin spin rolls in. I do not believe this is how slot machines work. Level 10: British Columbia now available. "Today's Secret Deal" pops up as I return to the lobby. What is secret about this deal? Why? Is $5.99 for 37,500 coins sensitive information? I do not understand this world of whispered in-app discounts. I decline this offer. 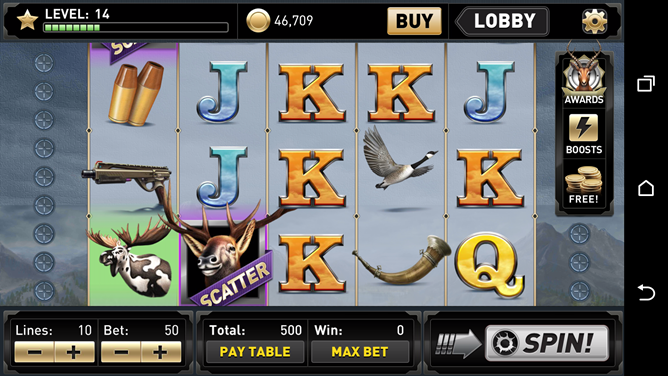 British Columbia awaits. After a great many spins, I somehow stumble upon another 5,000 coin win, and 5 free spins, and suddenly a psychedelic mish-mash of polarized, animated grizzly bears flies across the machine, flashing intensely with every [automated] free spin. I am just a bystander in this world - completely unable to interfere, only able to spin the machine once more and watch as events unfold. I raise my bet to 500 coins per turn and hope for the madness to end. It does not.

A triple moose! Five free spins: the psychedelic bears return. Once I emerge from the grizzly disco, I am 15,000 coins richer. I have no idea how or why. A new Today's Secret Deal appears: 75,000 coins for $5.99. I can see why now these deals are a secret - because they are wildly inconsistent from moment to moment.

The one thing I did hunt in Deer Hunter Slots was that elusive $200 IAP - and I couldn't find it. While the Play Store shows a $200 purchase is in there somewhere, perhaps it is reserved until you're of a particular level or in possession of enough coins. The most expensive one I was able to locate was for $99.99 for 200,000 coins, so perhaps a $199.99 for 500,000 coin option is lurking somewhere in the bowels of this app, just waiting to be exposed. It doesn't change much, though.

For the record, this is what a Deer Hunter video game looked like 10 years ago. 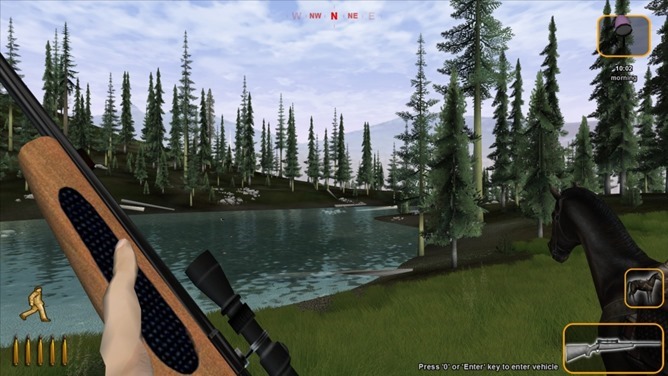 And this is what it has become. 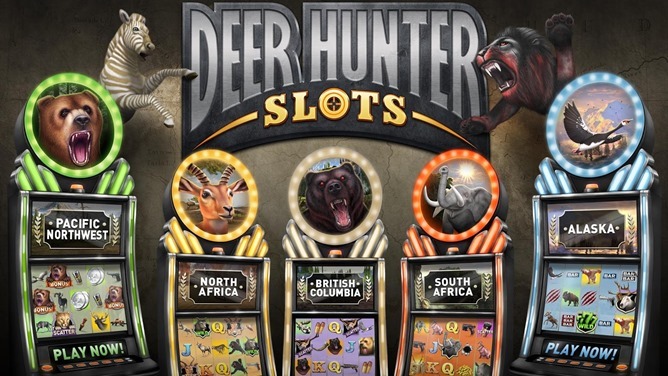 Deer Hunter Slots is available on the Play Store now. It is free to "play," and I use that word in the most generous sense.