Here's a look at a collection (note that Derek Ross is not our source - the tipster simply sent a screenshot of a collection including posts by Ross.) 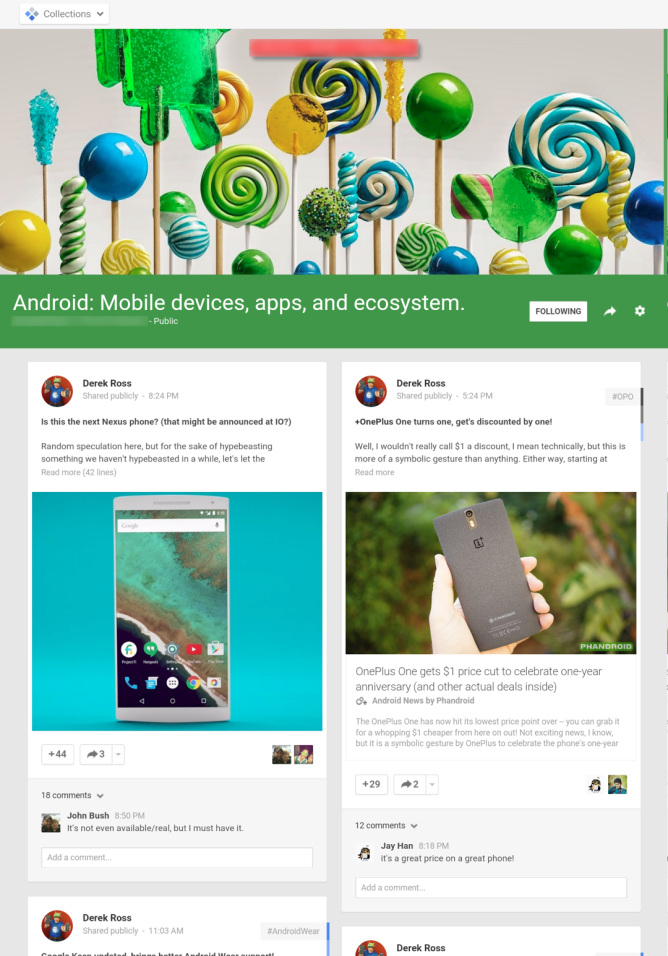 We also got a look at what posts from a collection look like on mobile - they're designated with a subheader containing the name of the collection.

According to our tipster the feature has actually been in testing for a few months already, and there are signs that it might launch relatively soon.

Since publishing this story, we've learned that Google apparently plans to release Collections in early May.

Of course as with any new feature it's impossible to be certain exactly when or if it will come to the public until official word arrives from Google.

If the feature does make it to release, it would obviously mark a pretty big addition to how content is shared and viewed on Google+. Here's hoping we hear something official soon.

[Update: Probably Not Glass] New Google FCC Filing For "Smart Bluetooth LE Device" May Be The ...