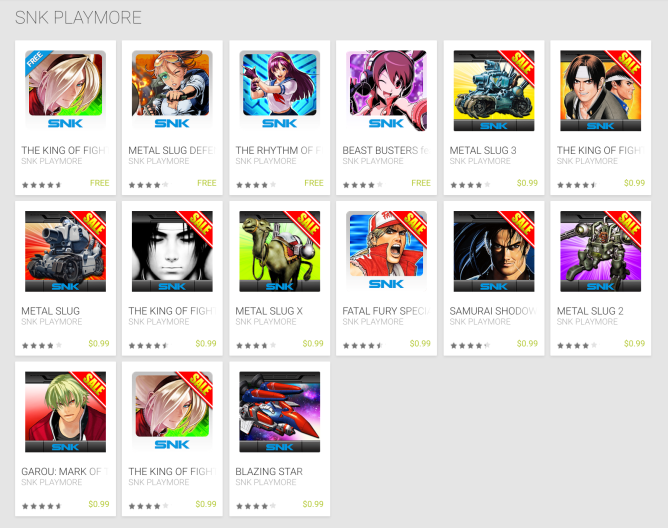 If you aren't already familiar with SNK Playmore's titles, you have Metal Slugs, a number of fighters, and a shoot 'em up by the name of Blazing Star. The selection has changed a little since the last time we saw SNK Playmore run this sale. There's now Garou: Mark of the Wolves and Fatal Fury Special. The Rhythm of Fighters has not made the list because these days you can get it for free.

Here's our coverage of all of the games you can currently get for a buck each.