Most Android apps from large corporations don't really consider the design guidelines worth following - hell, a lot of them are carbon copies of the counterpart iPhone app. (From three years ago.) The app from movie theater chain Regal Cinemas is refreshingly different: even before the latest update it followed Holo guidelines pretty well throughout the interface. The latest update, published in the Play Store yesterday, brings it up to Material Design. 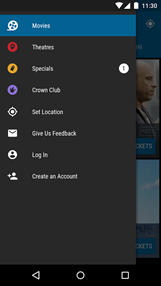 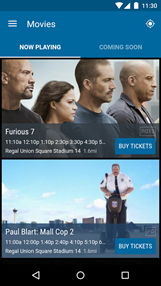 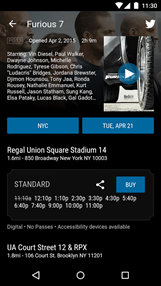 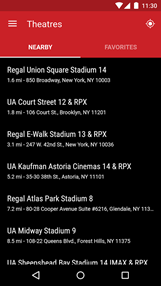 New above, old below. They're both pretty nice, actually. 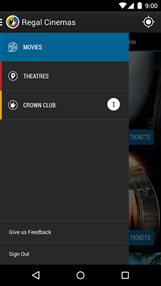 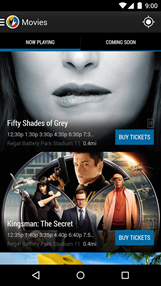 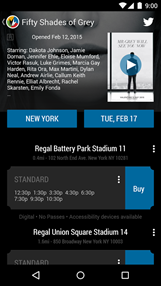 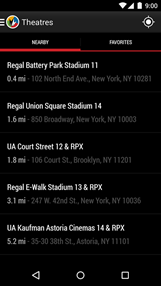 Most of the core functions are identical: the Regal app will let you find nearby theaters and showtimes, buy tickets remotely, check in with the Crowd Club customer rewards program, and watch trailers for upcoming releases. More advanced features include the FirstLook promotional tool (which rewards you with coupons for "checking in" during those pre-trailer promos) and even a calendar that will alert you when specific movies are released. Participating locations allow you to use your phone as a ticket and reserve your seat for the show.

The new UI has all the Material boxes checked, including some spiffy animations if you're on Android 5.0 or later. Attention to detail and a surprising featureset has given the app a 4.4-star rating in the Play Store - not bad at all compared to some other "official" apps which I could mention. Yes, I'm looking at you, United Airlines.