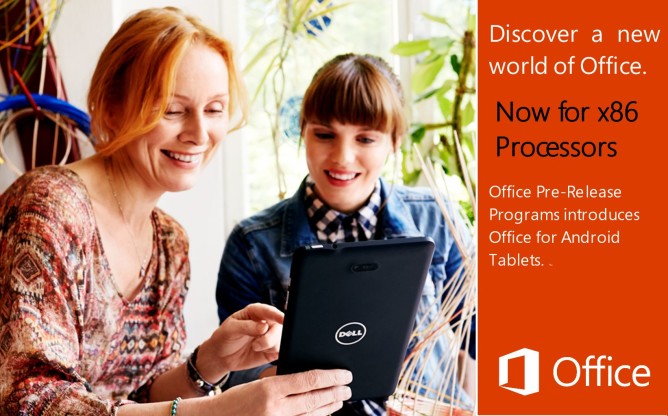 To use the new previews, you need to ask for permission to join the testing group on Google+. Once you have done that, you will be able to access the "become a tester" pages for each of the three office apps, each of which is linked below.

Once the Play Store has had time to process all of that, you should be given new downloads at each app's Play Store page. In case they aren't currently visible to you, each is linked below.

It took Microsoft a little while to come around to the idea, but their development for Android has been persistent and top notch since they started to really put their efforts behind being cross platform. More compatibility, especially on some of the most common devices that will want to use the office suite, is obviously welcome. For those unfamiliar with the policy, no Office 365 subscription is required for tablets 10.1" and smaller to use the full functionality of the apps.