Adobe released Lightroom Mobile on Android a few months back, but at the time there were some baffling gaps in the feature set. Today's update fills in a few of the missing pieces, but you'll still need a Creative Cloud subscription to use it. Don't expect that to change any time soon. 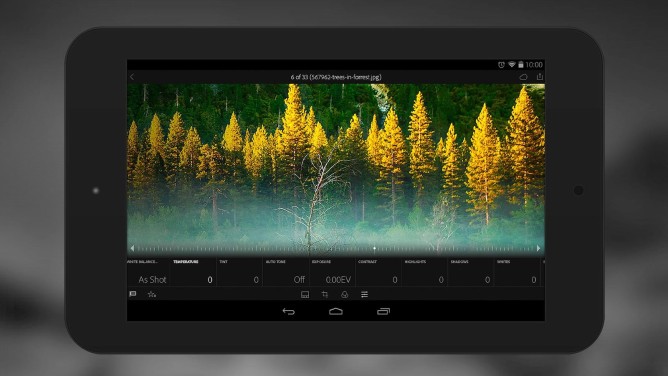 Here's the changelog for v1.1.

The RAW support means you'll be able to load in files captured on a device with Camera2 API support rather than just importing RAW files from Creative Cloud via the desktop Lightroom. Even the iOS version doesn't have that. Everything you process can also be saved to a microSD card, if you have one.

Probably the most bizarre missing feature of Lightroom Mobile upon release was the lack of tablet support. You could sideload the app and it would work, but updating was a pain. That's no longer a problem in v1.1—Lightroom should be compatible with everything now.