The Dead Zebra team have really outdone themselves this time. In addition to a full paint job for all three figures (check out the flowing locks on Newton!), each one gets its own accessory that it can hold in its hand. Newton gets a scientific journal and a prism, Curie has a round-bottom flask filled with something that's hopefully way past its half-life, and Tesla holds a Tesla coil (of course) complete with bolts of electricity shooting out of it. 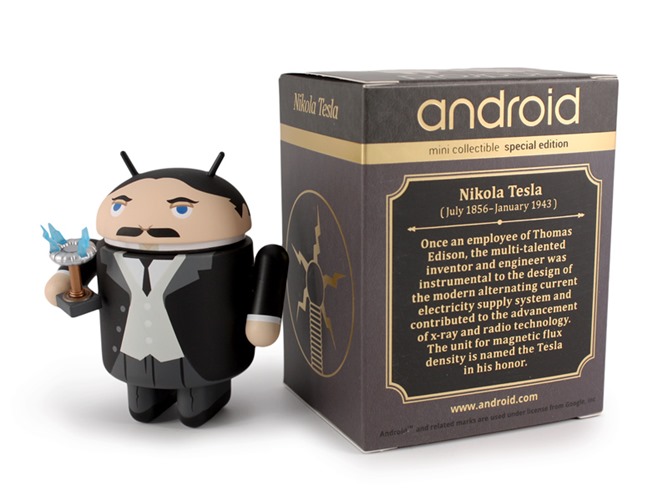 There's usually a run on new Android figures as soon as they hit the store - seriously, you folks crash the server at least half the time - so you'll want to be ready when they go on sale. Dead Zebra usually holds at least some figures for later batches, but there's a limit of two orders per household. If you want all three (without resorting to multiple account shenanigans) you'll have to buy the For Science triple pack.

IT'S ALIVE! The listings for Android Isaac Newton, Nicola Tesla, and Marie Curie are active on the Dead Zebra store, along with the $30 triple pack. It looks like all of them are in stock as of 7:20 PM Eastern on April 20th.