Google Play services made a rather lofty jump from 7.0 to 7.3 a few days ago. While there don't appear to be any big API changes for developers, a couple of pretty obnoxious issues were cleared up for regular users. It looks like the Home address in Trusted Places is not only working again, but there may be an improved UI that makes it even easier to set up safe zones (if you didn't already have it). Android Wear owners will also be pleased to say goodbye to the persistent notification. As always, we've got a download link below. 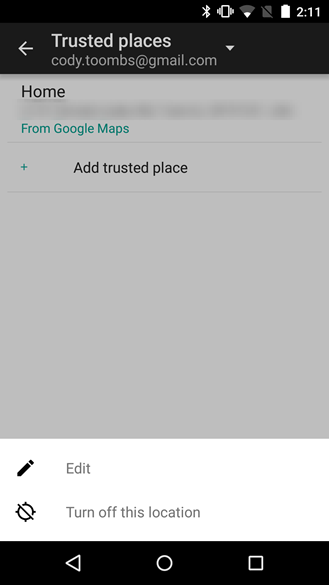 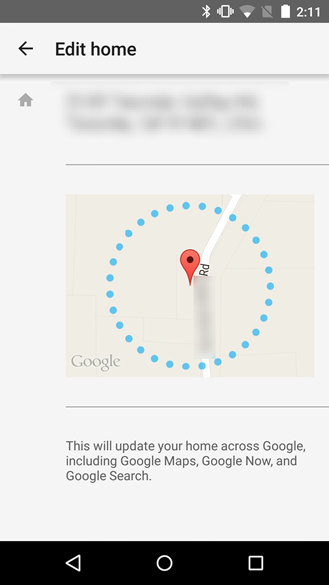 Leading the charge for change is a new UI for configuring Trusted Places. [Update: Some people have had this UI for a while. It may have been triggered by a server-side switch prior to this update, which probably enables it for everybody.] There is now a convenient maps widget with a ring of blue dots that represents a chosen safe zone. This implementation also breaks away from the reliance on specific street addresses and instead allows users to pinpoint specific map coordinates. Of course, it's still possible to search and enter locations by address, so users have the best of both worlds.

Android Wear users were the beneficiaries of another change that was made with this update. We're all familiar with a persistent notification that was always displayed if there was a paired smartwatch, regardless of its connection status. Naturally, this was irritating since it just served to clutter up the list of notifications. With the latest update, this notification is finally dismissible. It returns whenever a paired watch loses or re-establishes connection, but some reports claim that it can disappear on its own if enough time passes. Thanks Anthony DeFrancesco.

Installing Play Services 7.3.27 will also change the pull-to-refresh implementation in Google+ from an animated bar to Google's newer rotating arrow.

These are the changes we know about, so far. If anybody stumbles onto something else, let us know in the comments!