Welcome to the latest entry in our Bonus Round series, wherein we tell you all about the new Android games of the day that we couldn't get to during our regular news rounds. Consider this a quick update for the dedicated gamers who can't wait for our bi-weekly roundups, and don't want to wade through a whole day's worth of news just to get their pixelated fix. Today we've got an endless runner with shooter elements, a unique adventure game, another unique adventure game (but an old one this time), and Square's latest IAP-filled role-player. Without further ado:

Must Deliver is a mix of old-school, top-down shooters and modern endless runners. You're not Rambo or Arnold, you're just some schmuck with the unfortunate job of delivering the cure for the zombie virus. Well that's who you start out as, anyway - a ton of other characters (mostly 80s action movie staples) are available as in-app purchases, in the style of Crossy Road.

They are coming. You... Must... Deliver… Finally. We have the cure that will destroy the ZOMBIE virus plaguing our world. We MUST DELIVER it to as many survivors as possible… The only question: CAN YOU DELIVER? Run like hell and move between zones to deliver the cure to helpless survivors. Eliminate the infected with your arsenal of ZOMBIE-ANNIHILATING SUPER MOVES and avoid getting bit at all costs. 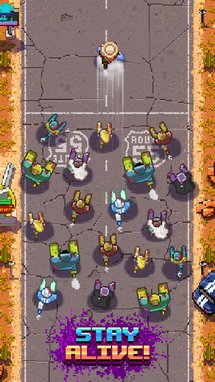 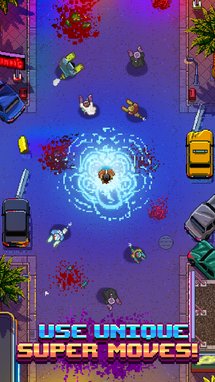 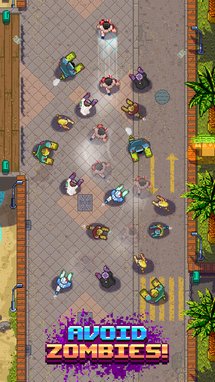 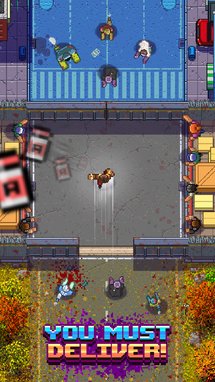 Brutus & Futée is, broadly speaking, a point-and-click adventure, but you could also think of it as an interactive cartoon. The creator of a popular show has disappeared, so now it's your job to interact with the two main characters and hopefully bring some entertainment to their bleary lives. $3 gets you 12 episodes of slapstick fun, with nary an in-app purchase in sight.

Brutus & Futée are comics strips characters. They used to be famous for their adventures in an old cartoon until their creator disappeared whereas they were at the climax of their success. With no roles to perform any longer, they moved to a quiet township. Now, living a boring life and spending all their days watching TV, they miss their past life full of fun. One day, Futee is mysteriously victim of a gag. Have they found a new author? The 7th Guest was originally released way back in 1993. It's an odd mix of Quest-style 3D adventure puzzles and live-action video sequences, with a story revolving around a creepy mansion filled with twists and traps. The re-release gets a new touchscreen control scheme, new high-fidelity music, and enhanced graphics. $4 isn't much to ask for a well-known classic, but you'll need to have an appreciation for the adventure or FMV genres to enjoy it.

Henry Stauf's mansion has been abandoned for as long as anyone dare remember. Stauf was a master toy maker, a maker of amazing puzzles and this strange, eerie, mansion was his greatest creation. It stands empty, rotting ever since children started dying with his toys near them, ever since six guests came and were never seen again. Now, you are in the house, moving from one room to another, trying to remember and trying to forget. Masters of the Masks

After what seems like a dozen Final Fantasy and Dragon Quest re-releases, it's refreshing to see Square tackle something original. This turn-based RPG uses a unique mask-based battle system and an intriguing art style. Of course, being a brand-new mobile game, Square couldn't resist filling it to the brim with in-app purchases, all the way up to $100. It's also been hit with Square's typical poor compatibility and launch bugs.

In the realm of Ivren, the gods help the peoples of the land with sacred Masks. A band of chosen, masked warriors now embarks on a harrowing quest to rid Ivren of a mysterious evil rising in the east. Explore the world of Ivren and uncover recipes to create divine masks imbued with powerful skills in this strategic RPG. Fuse these masks to further augment your abilities, and turn the tides of every battle to our heroes’ favor.

WhatsApp 2.12.45 Adds The Option To Back Up And Restore From Google Drive