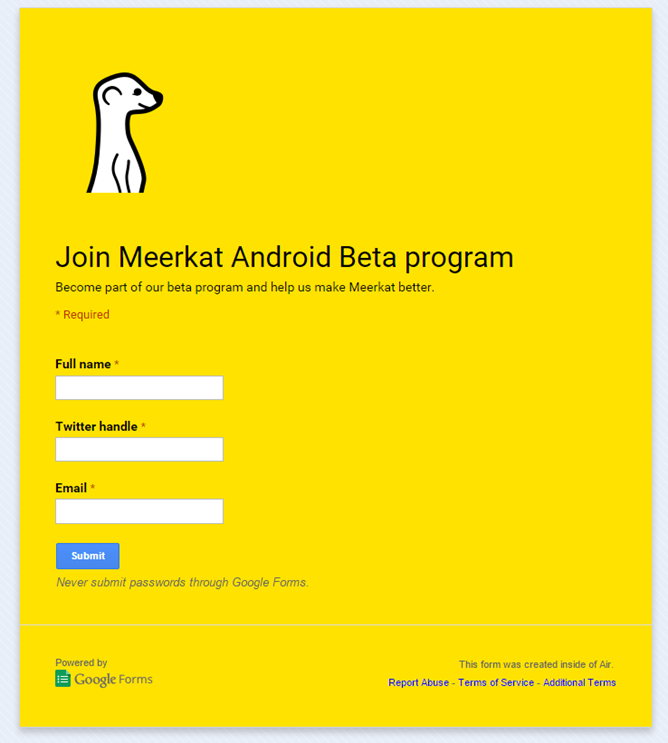 If you're wondering what Meerkat is, it's basically a fusion of Twitter-based video apps like Vine with live-streaming mobile video. Sign in with your Twitter credentials and you can quickly start a video stream that's instantly shared with your followers. Just imagine, instead of sending a boring static image of your kale risotto, you can dazzle the internet with twenty-four frames a second and immersive sound... of kale risotto.

Meerkat is not to be confused with Periscope, a Twitter-based live video streaming app that launched first on iOS. OK, maybe it is to be confused, but Periscope is Twitter's first-party implementation, while Meerkat is an independent startup. The fact that the small team can (at least technically) get an Android app out before a billion-dollar company is a feather in their caps.