You would expect an app like TWC TV to stream TV on your Android device, since that's what it's supposed to do. However, owners of the Samsung Galaxy S6 (and a few other new phones, apparently) found the app just crashed over and over. Well, that should be fixed now. 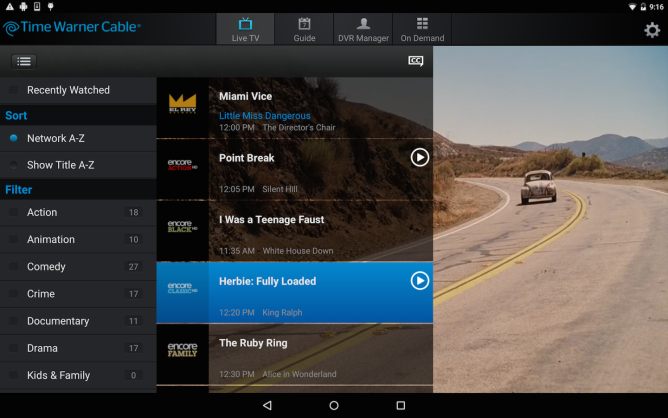 The new version (3.7.4.2) addresses the video player crashing on the GS6 and other phones. The app itself is still somewhat loathsome due to sluggishness and the fact it only streams TV when you're on your home WiFi (yay, content licensing deals). Anyway, the update is live if your app has been crashy.