We're naturally big fans of Google here at Android Police. But living in Google's world as we do, it's easy for us to see the flaws in the enormous company, and it's also our duty to point them out. One of the biggest problems with Google is that it's often terrible at providing customer service to its hundreds of millions of active users. So it is with the first major problem to pop up for Music Key, YouTube's new music subscription service. 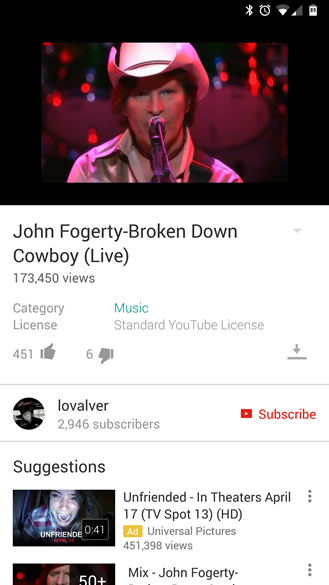 To put it bluntly, some paying Music Key users can't access the ad-free music, background playback, and the rest of the bonus features that come with the subscription. Normally once you start paying and log in with your account you're supposed to get all the bells and whistles, both on the web and on your Android devices. People who have this problem... aren't. That's it. Google's YouTube Help page isn't offering much assistance:

Some Google Play Music subscribers are currently not being given access to YouTube Music Key. Normally, Music Key access is automatically granted if you're in a launched country, and you're using YouTube with the same account that your Play Music subscription is on. Unfortunately there's no workaround.

"Unfortunately there's no workaround" isn't something that paying customers like to hear, especially when it's offered with little sympathy and even less help. Google's rather cavalier attitude towards customer service is once again rearing its ugly head, and affected users have little recourse except to simply cancel their Music Key or Google Play Music All Access subscriptions. You could call up Google Play's support phone number, but you're unlikely to get more than an apology. An Android Police reader did so, and Google told him that it's just broken for some users and they don't know how to fix it.