Wouldn't it be nice if every international tech company was as accommodating to competing platforms as Microsoft? The company's Android support for the last year or so has been nothing short of amazing - it must make all twenty Windows Phone users really pissed off at Google for its lack of reciprocation. The latest Microsoft app to make the jump to Android is Delve, a collaboration tool for Office 365 users.

Delve is basically a stream of all the changes made to shared Word, PowerPoint, and Excel files to which you have access. That might not seem like much, but for a team that runs on Office 365 it can be extremely useful. In addition to short snippets of the latest changes, Delve can preview the files inside the app or jump out to the dedicated editors. An internal contact view shows you which members of your team have been working on what - but don't worry, files that aren't shared won't show up in Delve's feed. That EVE Online trade route spreadsheet you've got hidden in the "stationary cost-benefit analysis" folder will stay private. 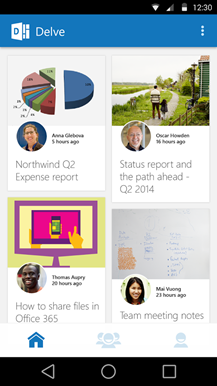 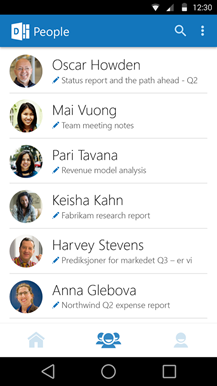 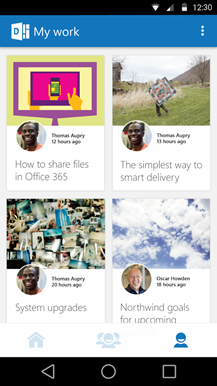 To top it all off, the app is launching with Android Wear notification support on day one. Keep up the good work, Microsoft - Android users appreciate it. Delve is a free download, but it requires an Office 365 account to use.