Good things happen when I'm asleep. Or driving. Or offline. It's a fact of life that I have gotten used to. So was the case with WhatsApp's latest update and I woke up today to dozens of email tips (thanks, everyone!) about the new Material Design overhaul the app has received. It's not like all of you were waiting with bated breath for this update, na-ah, or like we had not one, not two, but tens of comments on every article we wrote about WhatsApp in the past months clamoring for a Material makeover. So you can all finally breathe a sigh of relief and go enjoy the good stuff. You know where. That's it. For the longer version, please continue reading.

For the past couple of hours, WhatsApp has been busy uploading version after version of its app to its own website, starting with 2.12.33 and ending with 2.12.38 at the moment the article is being written. The update isn't live on the Play Store yet, but we have all versions on APK Mirror ready for you to download. Of course you're better off with the latest one, since that's bound to have more bug fixes.

As to what to expect, WhatsApp did a really good job here. Functionally, nothing is different so you don't have to re-teach your parents or tech-challenged friends how to use the app or find a certain option. Aesthetically, everything has — well, almost everything. It's pretty in all the right ways that Material is, but not overbearing, with delightful animations. From the transparent status bar, to the menu bar that expands and collapses when you scroll down, to the new iconography, there are lots of changes to take in, so let's look around. 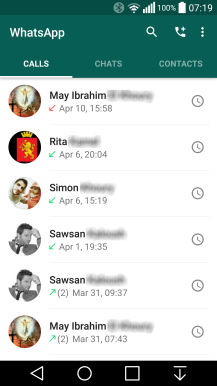 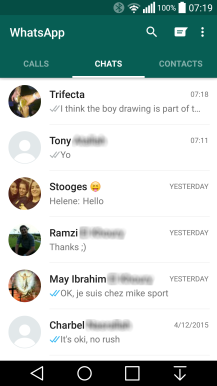 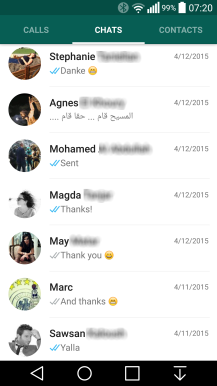 The main interface with the three tabs is now flanked by a top menu bar with a uniform dark green (teal?) color. The menu bar collapses when you scroll down or from side to side, and the new icons for search, making a new call, sending a new message, and settings, are all white. A new circular white bubble indicator (not pictured) shows up next to the tab's titles when there are unread messages or missed calls. 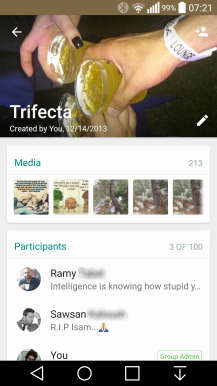 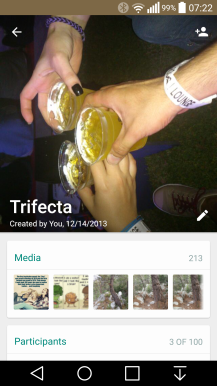 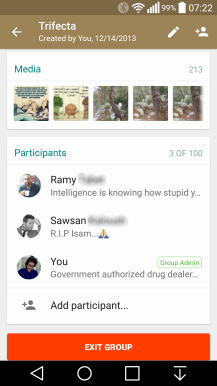 When viewing a contact's or group's details, a hero image is used with the most predominant color taken and applied to the transparent status bar. You can pull the image down to reveal it completely, or scroll to show more information, in which case it collapses into a simple bar that still uses the same color. It's subtle, but very enjoyable when a profile photo has beautiful colors (unlike the light brown in these screenshots, ha!). 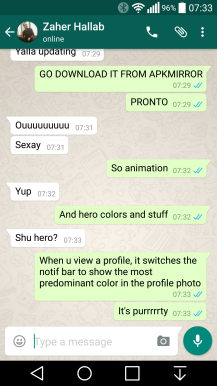 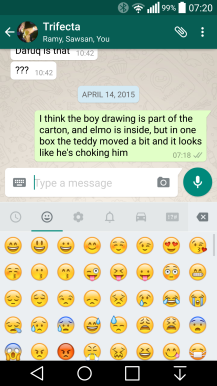 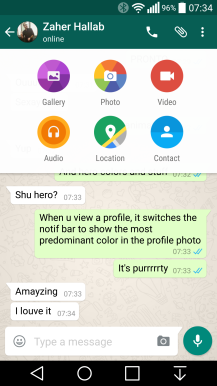 The chat screen has received a fresh coat of paint as well, with a smaller message box and a floating button to send a voice note that animates into a regular send button when you start typing. More animations are interspersed everywhere here. There's a ripple effect when switching from the keyboard to the emojis (which regretfully still look the same!) and back. The attachment overlay expands and retracts from the icon. And most notably, when you record a voice note and decide to dismiss it, the red microphone jumps up and goes into a trashcan. It's delightful. 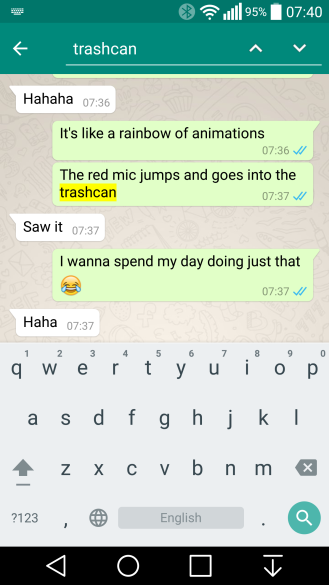 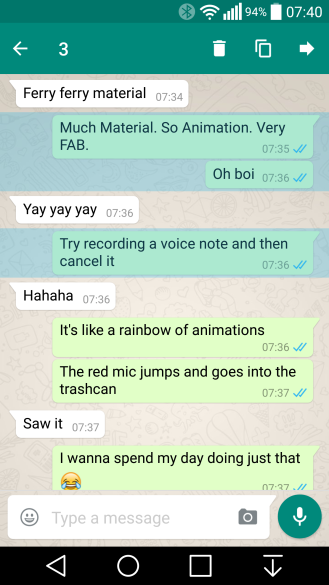 Everything has been through the modernizing mill here, including icons and interfaces for selecting messages and searching for text... 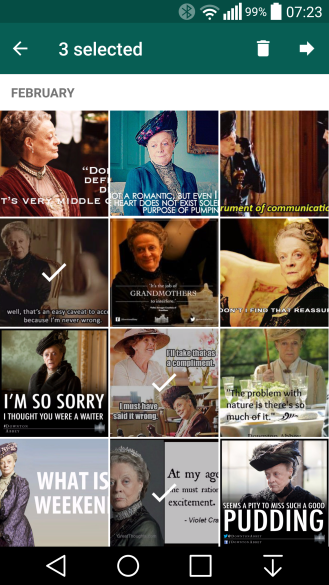 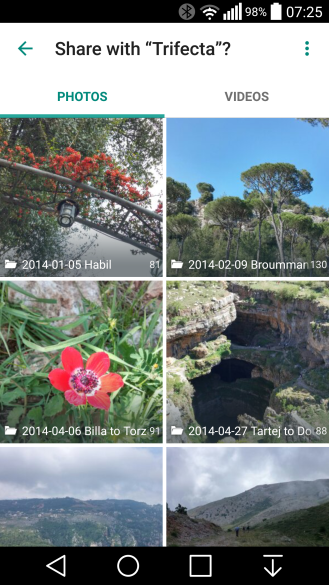 When I grow up, I want to be the Dowager Countess. And I hike. Now you know ;)

... even the media selector has dumped the drab black gallery and now uses a Google Photos-like white interface. 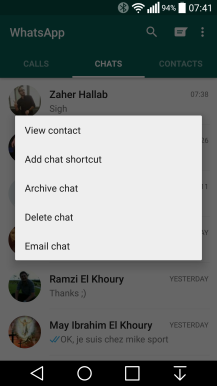 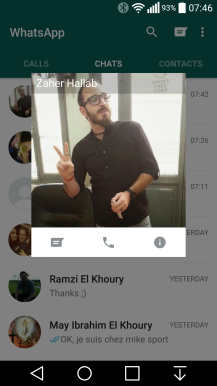 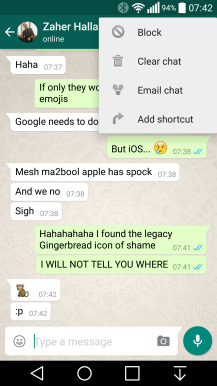 Most menus inside the app have received the same treatment, but there are still some legacy designs from the previous version. The call screen remains the same, and there are Gingerbread (Froyo? Eclair? Donut?) icons of shame when you tap More on the overflow settings of a conversation. They feel ridiculously out of place. 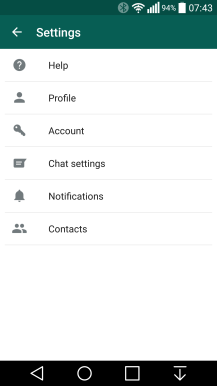 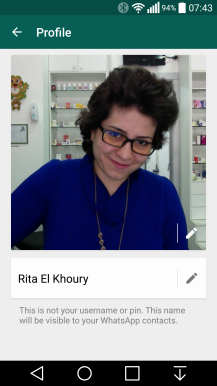 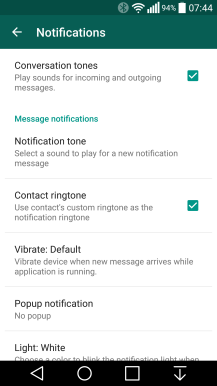 The Settings have also been Materialized, with a cleaner layout, and selection boxes in the same hero color as the entire app.

WhatsApp may have taken its sweet time to update the app to conform with Material Design, just like it did when Holo first came out, but I must admit that it did a pretty good job. The new interface won't confuse any old-time user, but it will still delight avid Android fans who wanted a more modern design.