Wireless charging is nice. It really is - setting your phone down and picking it back up, without having to plug it in and remove the plug each time, saves you about four seconds. It's one of those "huh, that's neat" bonuses of modern technology that are interesting without being entirely necessary, like headlights that automatically turn themselves on. Duracell, always hoping to make a quick buck on mobile electronics by selling you things you don't need, also thinks that wireless charging is neat. So neat that customers with older or cheaper phones will plug their phone in to get it. 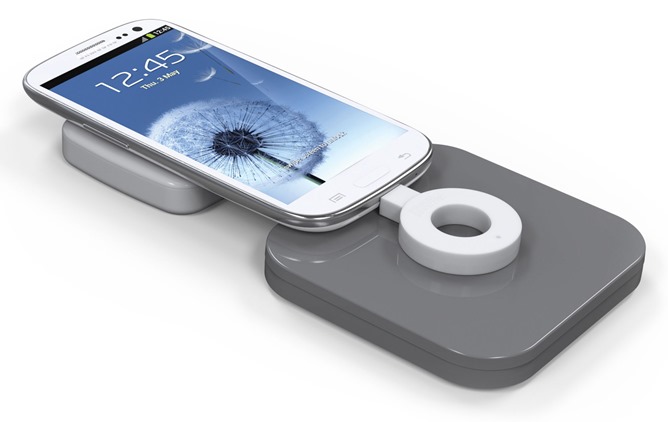 Take a gander at the Duracell Wireless Charging Ring. It's designed to add wireless charging capabilities to phones that can't do it natively. Other companies have tried to do similar things - even Duracell sells Powermat cases that add the functionality to devices, mostly iPhones. But this is not a case. This gadget could be generously described as a plastic MicroUSB dongle that hides the inductive charging coil. A dongle that you have to plug into your phone in order to charge it wirelessly. Congratulations, Duracell, you've spent more money developing and marketing this product than most people will make in a year, and it's dumber than any Indiegogo campaign I've come across yet.

Apparently no one at Duracell was brave enough to shout "how can you not see how stupid this is" at the product manager, because they took the insanity one step further. The wireless charging mat that sends energy to the PMA coil in the dongle isn't actually big enough to hold both the the dongle and the phone precariously attached to it. So in order to alleviate this, the combo pack that includes both the wireless charging mat and the adapter also includes a hunk of plastic so that your phone can sit level while it's "wirelessly" charging. It's like a professionally-developed, mass-produced version of the crumpled wad of paper towel underneath your wobbly kitchen table. 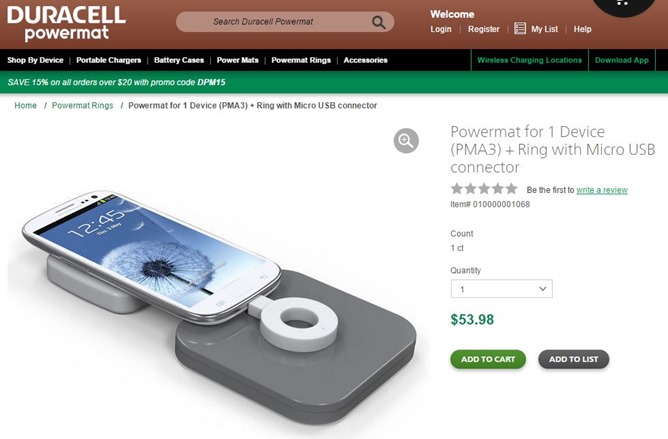 All this can be had for $53.98, or about seven bucks if you wait four months and hit the Walgreens bargain bin. The ring is compatible with at least some of Duracell's other Powermat products, which use the PMA standard instead of the more widely-available Qi. (If you're wondering why, it's because Duracell's parent company Procter & Gamble is one of the founding members of the Power Matters Alliance.) But it does have a charging indicator LED, so I suppose that's nice. Don't forget to pick up the iPhone version for the iOS user that you hate.

T-Mobile Is Pushing Android 5.0 To The LG G2