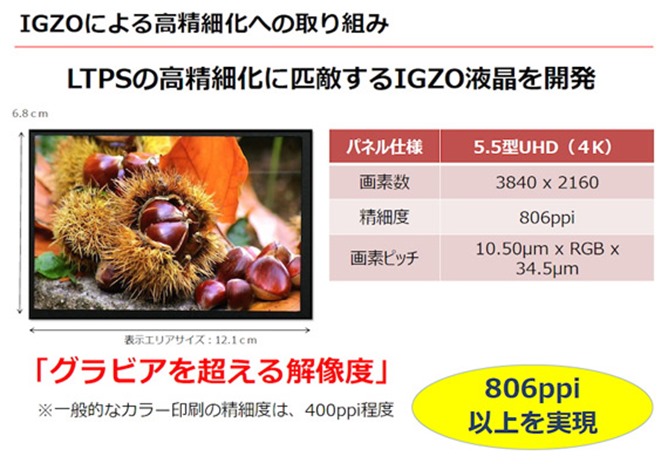 Compare that resolution to the 5.2", 2560x1440 AMOLED screen on the Galaxy S6 - the sharpest screen around at the moment - and it's about 50% sharper. But then that's to be expected when you cram the resolution of current top-of-the-line televisions into a handheld device. Sharp says that the IGZO screen panel squeezes a single RGB pixel into a 10.5 micrometer square - a little more than one tenth of the width of a human hair. The screen reportedly uses "low power consumption," though that's a relative metric, and a more relevant question is how much more processing power it would take a phone to output a 4K picture. Sharp plans to offer the screen to smartphone makers starting in 2016.

If we accept the somewhat fuzzy idea that "300 PPI is the resolution of the human eye" (and of course that's a hugely relative and mostly unscientific statement), then Sharp's new screens and the inevitable competitors from Samsung and LG are well beyond the range of overkill. Don't get me wrong, hi-res screens are nice, but I honestly think you don't need more than 1080p resolution until you move up to a tablet. Soon we're going to reach the point of diminishing returns when you factor in extra production cost and battery drain, and I think this might be it.

Apparently the original Greek site that broke this story was a little overzealous. Former Android Police writer and current Ars Technica Android expert Ron Amadeo reached out to Sharp to confirm the specifications. While Sharp has indeed shown at least one 5.5" 4K IGZO screen prototype... it's not quite ready for smartphones. 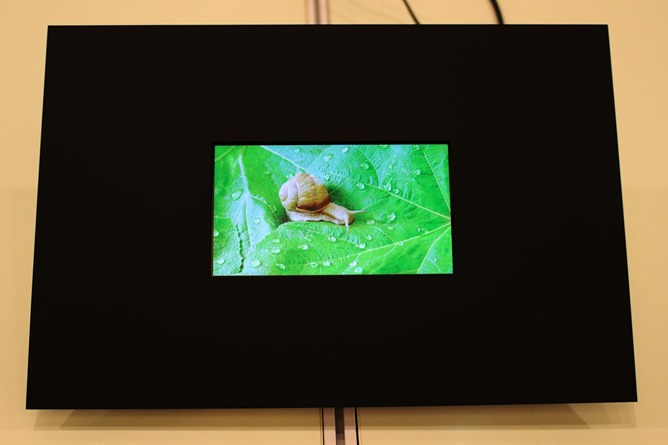 Unless you want your phone to have more bezel than a gilded painting frame, you're probably going to want to wait for Sharp to work on getting that screen a good bit smaller.