Quick poll, Verizon customers: what's the one thing you want from America's most-hated (but admittedly most reliable) wireless carrier? OK, now those who are clamoring for phones with unlockable bootloaders, sit down - everyone left standing wants unlimited data. But you shouldn't, at least not according to Verizon shill Jack Gold.

OK, so maybe it's not fair to call Mr. Gold (seriously, that's his actual name) a shill. He's an analyst, founder and president of J. Gold Associates, LLC. The fact that he appears to be the only one doing any analysis, and that the website of this "technology industry analyst firm" looks like something from 1998, should probably raise some alarms for anyone looking to get some research done. But since Mr. Gold's face and report appear on Verizon's own corporate news section, perhaps that doesn't matter. I'm sure the fact that his report is amazingly well-aligned with Verizon's corporate policies has nothing to do with it. 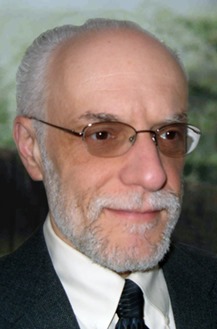 Jack E. Gold, President of J.Gold Associates, LLC. Not a Jedi (or at least not a very good one).

But on to the actual report, entitled "The Lure of Unlimited Wireless Data – Is It Necessary?" Gold claims that though customers think they want unlimited data, the increased use from such an option would create an unbearable strain on Verizon's network, and that users would be "disappointed" at the lower speed. So why not just improve the network - isn't that what all those triple-digit phone bills and overpriced handsets are supposed to be paying for anyway? Apparently not, according to Gold: the cost of improving the network to allow for more unlimited data connections would be passed on to consumers, who then would be "paying for something they don't need."

In other words, you don't really want an unlimited connection. And even if you did, you wouldn't want Verizon to improve its network to support it. These aren't the data plans you're looking for. Sprint and T-Mobile, which offer unlimited data packages to their customers at significantly lower rates than high-cap data from AT&T and Verizon, would probably argue with that point.

Watch the Star Wars Digital Movie Collection in HD! ...but only on Wi-Fi.

Gold quotes someone else's research that says Android users consume about 7GB of data over Wi-Fi every month, with iPhone users eating even more at 9GB. "This shows a strong correlation with users accessing WiFi for high data uses," he argues... and then closes his piece with "there is no practical effect of data limits on the majority of users." Doesn't the evidence that people are switching to Wi-Fi for high-data activities suggest that plans with data caps have an effect - namely that people aren't willing to pay companies like Verizon extra for the convenience of a mobile connection? How does that fit in with Verizon's latest "never settle" promotion - wouldn't jumping off of your mobile connection to find Wi-Fi be a fairly demonstrable way of "settling?"

I'm a journalist, not an analyst. The difference is that people don't pay me for my opinions, at least not in the direct way that they pay people like Mr. Gold. So here's my take on it, for free, gratis, and nothing.

Verizon really does have the best network in the country, though they may be edged out slightly by AT&T depending on where you live. That's why both Verizon and AT&T are, on the whole, the most expensive options... and why they can afford to deny unlimited data to their customers. A lot of the people on these networks regularly travel cross-country where the smaller networks like Sprint and T-Mobile struggle, or they simply live in an area where Verizon or AT&T have exclusive service.

The idea that Verizon is denying unlimited data to customers for both their own benefit and the sake of network integrity is, at the very best, suspicious. Gold himself says that:

...even if we combined mobile and WiFi data usage, we’d find that the vast majority of users would still be within the allotments of data plans available from the carriers at a reasonable cost...

But no, Verizon, by all means continue to justify slicing data into tiny chunks to sell to your customers as if it were a precious limited resource. (For the record: bandwidth is limited. Data transfer is not.) Continue to bring in literally billions of dollars in revenue every quarter, mostly paid by artificial caps, and denying your customers the unlimited data they want. Hell, you can even keep paying people to tell them that they don't want more data, that scurrying to the nearest Wi-Fi hotspot to watch a video or download a mobile game is really the best experience possible.

Keep doing that, Verizon. I'm sure John Legere at T-Mobile won't take advantage while you rest on your laurels. 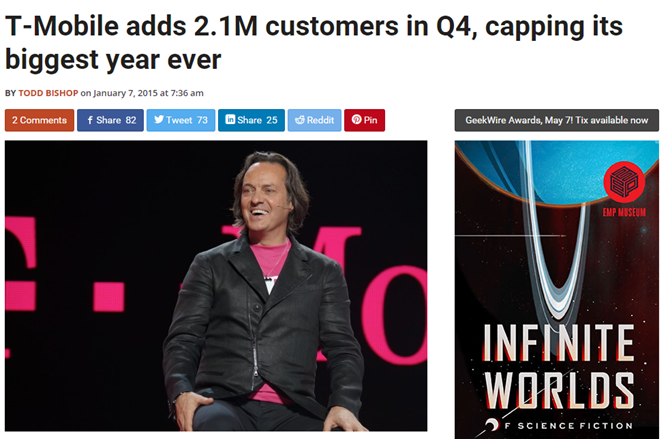