The Moto 360 has dropped to some downright cheaper prices over the past few weeks. Amazon and Best Buy alike have sold the smartwatch for up to $100 off, depending on the variant. People have been able to buy the wearable in any color or material at a discounted price. 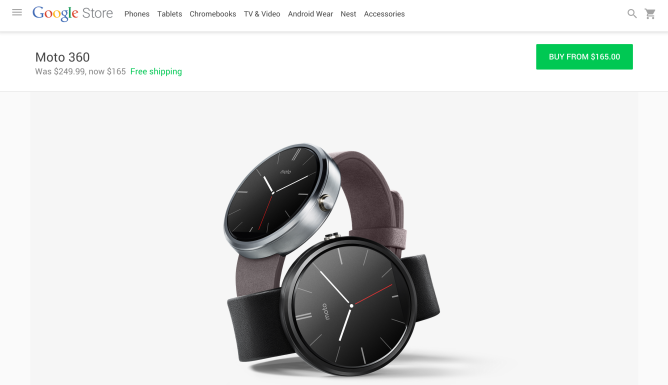 $165 is lower than the recent deals we've highlighted, which may leave some earlier shoppers with an immediate case of buyer's remorse. If it's any consolation, the Google Store is only offering the standard leather black and stone gray models. For metal bands, Amazon and Best Buy are still offering discounts, though they're not as stark as before.