If the Moto 360 price drops from two days ago aren't sweet enough for you, it looks like Best Buy is offering an in-store deal that could be even better if executed correctly.

Until April 18th, Best Buy will give in-store customers $100 off the Moto 360 when purchased with any Android phone. The key word here of course is "any." According to one tipster, this even works with inexpensive prepaid devices. (This particular tipster went the extra mile, combining the deal with a USPS movers coupon and a .edu discount, for a final cost of just $118 plus tax for the 360 with a steel band.) 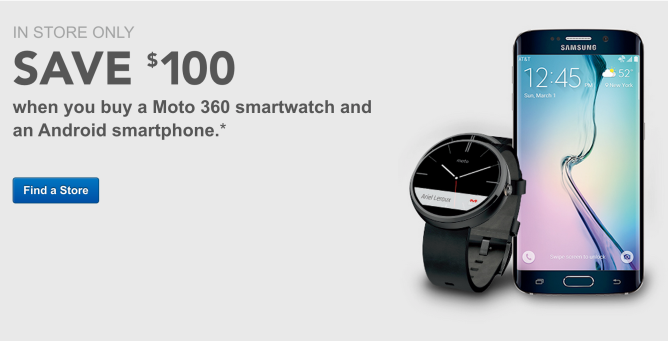 If you've been on the fence about getting a Moto 360, this seems like a pretty good deal. As mentioned before though, the deal only lasts until April 18th.