Back when Google Play Services 7.0 rolled out, we noticed partial support for something called Trusted Voice. As a smart lock entry, it was fairly obvious that the option would allow users to unlock devices with their voice, but the necessary setting in the Google app wasn't visible just yet.

Now, we've heard from multiple users that the fully formed feature is rolling out. As our previous post pointed out, tapping the option under smart lock will take users to the Google app's settings. A warning advises that trusted voice unlocking is less secure than other options, but just a couple taps and you'll be able to unlock and execute commands on your secured device by simply uttering, "Ok Google." 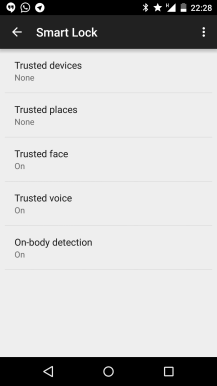 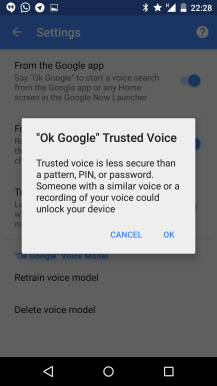 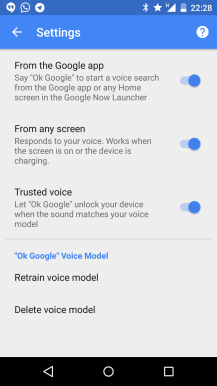 As noted, this seems to be a rollout so it may take a while to reach your device.

[Weekend Discussion] Leather, Kevlar, Glass, Metal - Do You Really Care What Your Phone Is Made Of?