Motorola seems to be clearing stock. The company's Moto 360 is significantly marked down, and I'm not talking about just on one site, nor only one variant. You can currently get the device with leather or metal bands for prices ranging from $70 to $110 off on Amazon and Best Buy alike. 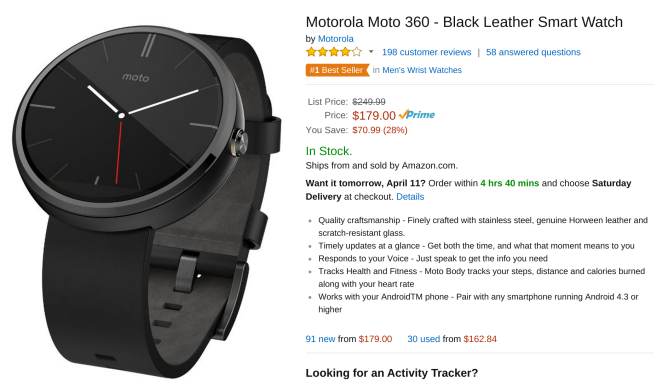 While the prices are largely identical across the two stores, there are a few discrepancies. Best Buy offers all of the metal variants for $10 less than Amazon. This includes the gold Moto 360, now going for $219 (down from $260 just yesterday).

Does this mean a new Moto 360 will arrive soon? We don't know, but it does create reason for hope. However, while the discounts are rampant across Amazon and Best Buy, they have not made an appearance on Motorola's website.