What do you get when you combine Back to the Future-style hoverboards with a quasi-anime art style and runner mechanics? The answer is Sky Punks, the latest game from Rovio's publishing arm. No, it's not created by the Angry Birds folks (as the Play Store app description suggests) - the developer is Fathom Interactive, whose previous Android entries have been largely unremarkable. But with a big name in the mobile gaming world backing them up, they're hoping for a hit with this stylish and surprisingly varied runner.

At first glance Sky Punks looks achingly derivative. You move your chibi racer between three lanes to collect coins, jumping over or sliding under obstacles and shooting or blasting through them with occasional power-ups. But the linear story hides a surprising amount of variety based on this simple premise. The most engaging is the race format, where you go head-to-head with two other "punks" as all three fight for both track and lane position. Will you use that boost to get a jump at the start and secure coins before the other racers can, or save it for a speedy smash through a triple-layered wall? 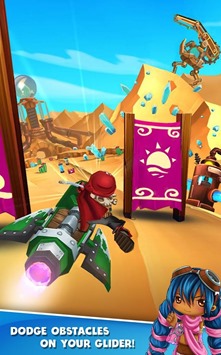 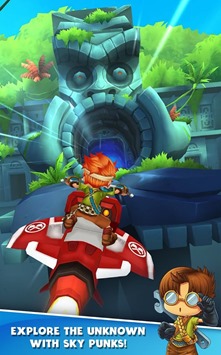 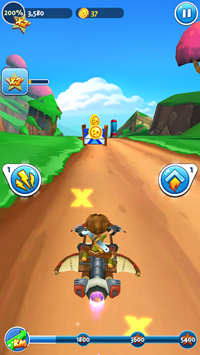 Unfortunately Sky Punks also features all of the free-to-play junk that we've come to expect from high-profile freemium games. It has a dual currency system that forces you to pay for the best riders, jets, and upgrades. It has an energy mechanic that makes you either wait to get to the next level or pony up for the privilege of continuing the game. So in stages where you're competing to win a race with the computer, you'll have to balance the need to refill your coffers (and get another chance to race) with the desire to actually win. Prepare for notifications that tell you when your energy is full, or when the game simply wants you to spend more time spending more money. At least a few of the upgrades are persistent. 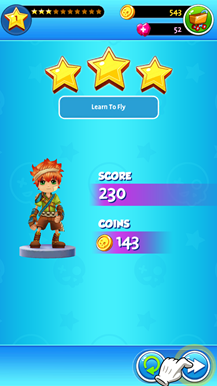 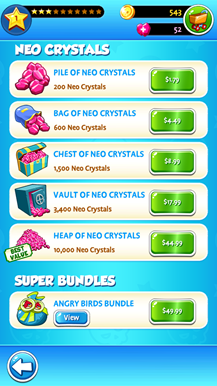 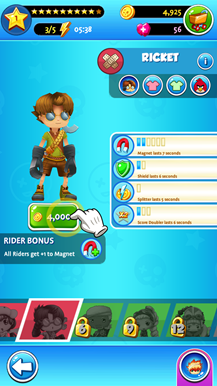 It's nothing out of the ordinary, and nothing we wouldn't expect from Rovio after Angry Birds Go. (The fact that this game appears to be a straight-up remake of Fathom's Sky Pirates Racing, now removed from the Play Store, is barely worth noting.) But you can probably find better examples of both runners and racing games that aren't quite so eager for you to hit that in-app purchase button.