The old retweet formula re-broadcasted an entire tweet into your timeline with the little retweet badge. To add a comment or a link (assuming there was space left in Twitter's character limit) you had to manually type out your message, then "RE @username" with the original tweet following. It's not exactly rocket science, but it's clunky and hard to work with for longer tweets. The new method allows you to either retweet in the normal way or embed it underneath your comments. This gives you more space for you to add whatever you want and preserves the original, without the need for add-on text or extra tweets. 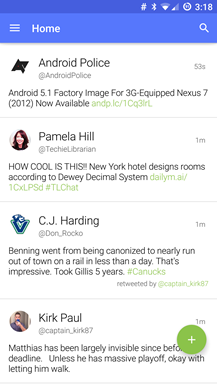 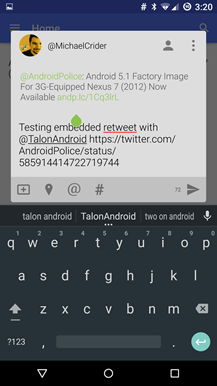 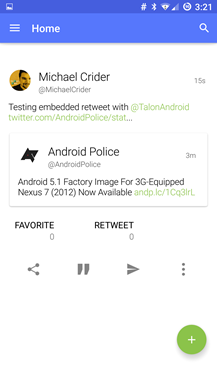 To use the new method in Talon, tap on an individual tweet, than tap the quote button ("). Leave the link where it is and type away, then tweet it when you're done. Bingo, the original tweet will appear in its own little window beneath your comments. Users on compatible platforms, including the web version of Twitter, Tweetdeck, and even the official Twitter for Android app can see the new format (even though the first-party app won't actually let users create embedded tweets yet).

Here's the part where I remind you that Twitter artificially limits the amount of users that can access the service via third-party apps, even when those apps are doing a better job than the company itself. Insert your own expletive here.

YouTube Is Getting Ready To Offer An Ad-Free Subscription Option