Samsung has a hit on its hands with the Galaxy S6. (That's what a complete redesign and finally giving people what they've been wanting for years will do for a brand.) So if in-country rival LG didn't have a fight on its hands before the latest round of flagships was released, it definitely does now. LG's first marketing blitz to drum up consumer interest in the upcoming G4 isn't exactly subtle, but it should be effective: they're giving it away.

Giving away 4,000 free G4 phones across 15 different countries, to be exact. LG is calling it the "customer experience campaign," so it's ostensibly a gigantic marketing study. The company will allow participants to try the new flagship for 30 days. While similar programs are often employed for market research, they're usually not so prolific or so close to the product's release - at this point no amount of "experience" will change LG's basic design of the G4, even at the software level. So yeah, it's a giant commercial. 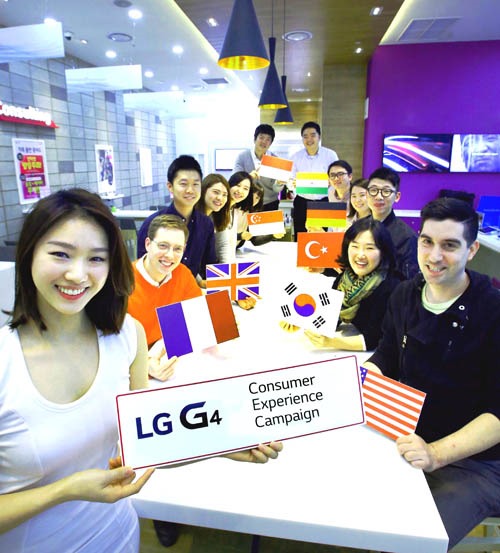 But we won't hold LG's motivations against them because hey, free phones. Participants will be screened with an online survey and selected by their answers. Sharing the program on social networks will increase your odds of being given a phone. Participants will be expected to give feedback, and additional prizes will be awarded based on ongoing responses. In addition to LG's home turf of South Korea, the program will include participants from the following markets:

LG's announcement post says to check the local company website for news on the customer experience campaign. The program is launching today in Korea, but so far there don't appear to be any links to take the survey on LG sites for Korea, the United States, Canada, or the UK. The G4 will be officially unveiled on April 28th, with a retail launch following sometime after.

The original story said that LG would be giving away the G4 30 days before the phone's launch. That's incorrect - it's a trial program that lasts 30 days. I apologize for the confusion.

[Update: Changelog] Lollipop For The AT&T Galaxy S5 Is Rolling Out Now