I hope you weren't too attached to that shiny new HTC One M9, at least in its capacity as the company's top-of-the-line smartphone. Just a few weeks after revealing the new M9 at Mobile World Congress, HTC has taken the wraps off of the previously-leaked One M9+. This larger and more technically advanced phone one-ups its little brother with a bigger, sharper screen, a built-in fingerprint scanner, and the return of HTC's Duo camera design. It also swaps out the somewhat underwhelming Snapdragon 810 processor for a MediaTek Helio X10. That might explain why the phone has only been confirmed for release in China so far. 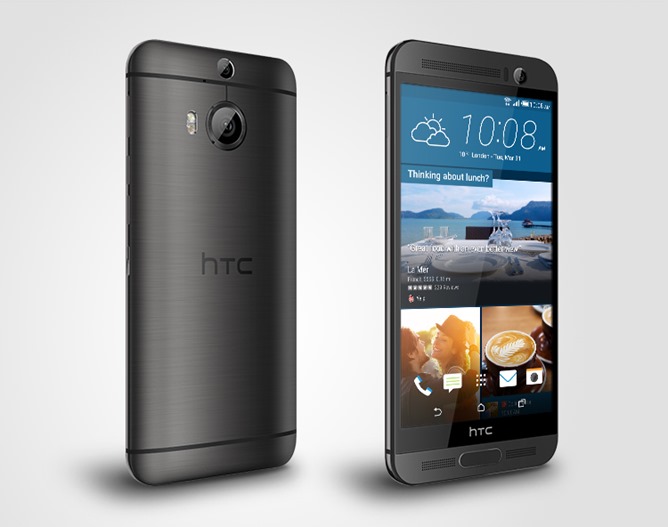 As you would probably expect, the One M9+ shares most of its basic physical design with the M9, including a metal unibody case, a front-facing 4-Ultrapixel camera, and HTC's distinctive "BoomSound" stereo speakers. Let's break down the relevant differences:

HTC hasn't released more extensive specifications like dimensions or storage space. You can bet that the M9+ is at least a bit larger than the original M9 thanks to the bigger screen and fingerprint scanner. There's also no word on exactly what kind of technology is in that scanner, though it looks similar to Samsung's sensor on the Galaxy S5 (which requires a swipe-up motion). For comparison, the M9 uses 3GB of RAM and 32GB on the base model of storage plus a MicroSD card slot - previous leaks indicated similar specs for the larger phone. The software on the M9+ is "Sense 7," which means it's running on top of Android 5.0 at the least. Colors include black, gold, and the gold-on-silver version so prominently advertised for the M9. HTC also neglected to mention a price or date, even for the Chinese release. With that MediaTek processor and HTC's penchant for market-specific designs, it's entirely possible that we won't be seeing the M9+ outside of Asia, at least not in this configuration. That said, I wouldn't be surprised to see elements of the phone (especially the fingerprint scanner and larger screen) on future worldwide releases.