Last week a report surfaced alleging that Samsung recruited and paid "temporary employees" to attend its Galaxy S6 launch event in China. The Paper, based in Shanghai, claimed that the company hired 400 to 500 people for 30 to 50 yuan (about $8) each to spend time at the launch event on Friday. If true, then paid attendees would have amounted to approximately half of the people there. Samsung has categorically denied the report on the Samsung Tomorrow blog and claimed that the original newspaper has retracted the story.

The news article contended that part-timers, acting as “fanboys”of Samsung smartphones, participated in the launching event. However, our findings have indicated that under no circumstances has anyone been hired or given money to attend the event. In fact, the more than 1,100 attendees, including consumers and industry officials, have all been formally invited to the Shanghai Culture Square where the event took place.

Who's telling the truth? At this point it's difficult to be sure. The original story (summarized here) quoted several people who claim to have been directly paid by recruiters to attend and/or promote the Galaxy S6 event on Chinese social networks. Frankly it wouldn't be a huge shock if it were true, especially considering how the Chinese media tends to be easily intimidated by government and industry.

That being said, "fanboys" in attendance of a media event is not shocking in the slightest, paid or otherwise. At Samsung's Galaxy S5 event at Mobile World Congress last year, I personally witnessed hundreds of Samsung employees, partners, and investors from all over the world crammed into the venue along with journalists. Those there as official representatives of the company were clearly labeled via their attendee badges. If you've ever watched a technology press event online and wondered why a room full of hundreds of supposedly impartial journalists are bursting into applause every time the CEO pauses, that's why - tech companies make sure they've got the crowd well-stuffed with people who will unconditionally adore whatever they see. 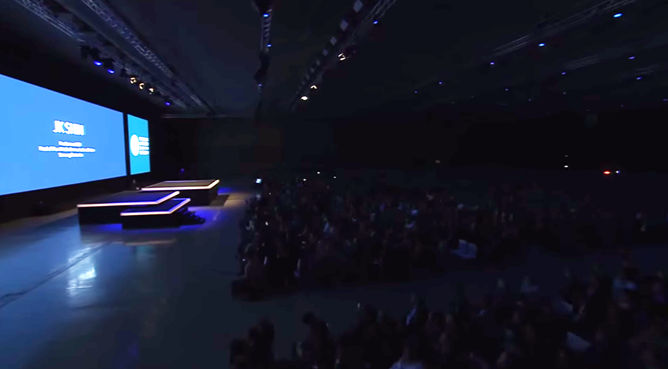 Unpacked 2014 in Barcelona. Spoiler alert: there are a ton of Samsung employees in that crowd.

Paying previously unaffiliated people to attend your event and cheer for your shiny new phone would be dishonest. But it wouldn't be that much more dishonest than planting your livestream crowd with employees who, by definition, are paid to be there. The take-away here isn't whether Samsung paid a bunch of people to be temporary cheerleaders, which wouldn't surprise me, or that a Chinese newspaper jumped the gun and falsely accused a Korean company of slightly naughty deeds, which also wouldn't surprise me. No, the lesson to be learned is not to trust the hype surrounding a new product until it can be evaluated by third parties.

Google And ChowNow Partner Up To Use Wallet For Mobile Payments At Thousands Of Independent ...

[Hands-On] AutoMate Turns Your Phone Into A Car-Friendly Dashboard, Is Now In Beta