ASUS, let's have a talk. I've become accustomed to writing your company name in all caps, despite the fact that it's not an acronym. And I could probably get used to calling a solid if unremarkable line of tablets a "MEMO Pad," again, with no particular rhyme or reason to the combination of uppercase and lowercase. But "MeMO Pad" is where I draw the line. You, your marketing, and I are just going to have to agree to disagree on that lowercase e. And that goes for you too, AT&T.

AT&T will be offering the latest version of the MEMO Pad 7 in an LTE flavor starting on Friday, April 10th. The Wi-Fi version is a decidedly low-end tablet, with a 7" 1280x800 LCD, an Intel Atom 1.86GHz quad-core processor, just 1GB of RAM, 8GB of storage plus MicroSD card slot, and a 5MP rear camera. AT&T's model will have improved storage (16GB) but a slower Atom chip running at 1.3GHz. Software is Android 4.4.4, and it seems unlikely to be upgraded any time soon. Unlike some of ASUS' other tablets, this one does not include phone functionality. 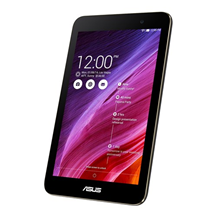 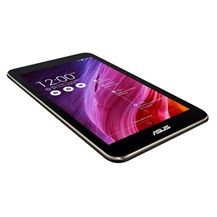 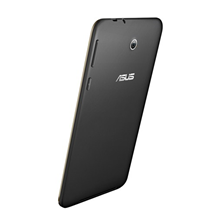 If the specs aren't impressive, then the price certainly is. AT&T will sell new LTE tablets for $174.99 without a contract, the cheapest option on the network at the moment. (LG's G Pad 7.0 is slightly more expensive at $200.) The same price will be available to customers on AT&T's pay-as-you-go GoPhone service. Other options include a two-year data contract discount to $74.99, or $8.75 a month for 20 months with the installment plan. Finally, you can get a $.99 tablet (with full-priced service starting at $10 a month) if you buy it along with an AT&T Next phone.

The tablet can be purchased for as low as $0.99 when you buy any smartphone on AT&T Next.2 It is also available to purchase for $8.75 per month for 20 months with the AT&T Tablet Installment plan3, or $74.99 with a two-year agreement4. You can add the MeMO Pad 7 LTE to a new or existing Mobile Share Value plan for $10 per month.5

In addition to the post-paid options, this is AT&T’s first tablet offering GoPhone pricing options with no annual contract required. Customers will be able to purchase a GoPhone version of the MeMO Pad 7 LTE at AT&T stores starting April 24 for $174.99. You can pre-pay for 2 GB of data service for $25 per month, 5 GB for $50 per month, or 8 GB for $75 per month.6

The ASUS MeMO Pad 7 LTE is an affordable Android™ tablet with dual front stereo speakers designed with entertainment in mind. The HD IPS+ display features a 178 degree wide viewing angle with vibrant colors, making it an ideal device for watching videos and playing games while on-the-go. The tablet has a five megapixel rear-facing camera with advanced shooting modes like Time Rewind and Selfie. It also has an anti-fingerprint coating that helps keep the display clear of smudges.

The ASUS MeMO Pad 7 LTE is the first connected Android tablet from AT&T to feature an Intel processor. The powerful 1.3 GHz quad-core Intel® Atom™ processor combined with Android KitKat 4.4.4 enables you to access apps and the internet quickly and effortlessly. Additionally, the MeMO Pad 7 LTE comes with 16 GB of storage and up to 64 GB of expandable storage via the microSD card slot (card sold separately).

[Bonus Round] Tetrobot and Co, World Wars, And Random Heroes 3