Before you ask, yes, this article is basically just another excuse for me to use Android Police's favorite device abbreviation, LGGP83GPE. (That's the short-lived Google Play Edition of the LG G Pad 8.3, from way back in 2013.) According to at least one Twitter user and, hey, my own tablet, the LGGP83GPE is getting its Android 5.1 update right about now. If you're running stock software, head to the usual spot (Settings>About tablet>System updates) to check for yours. 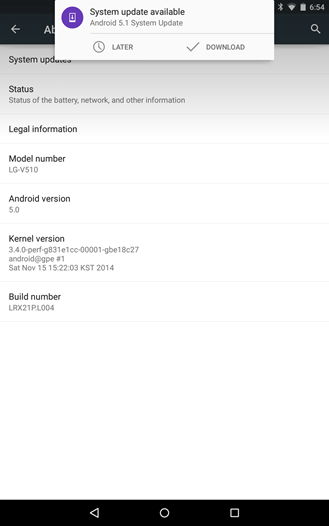 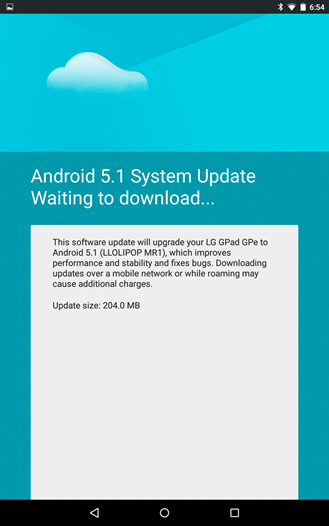 If you're already running Android 5.0, the upgrade to 5.1 should be just a bit over 200MB. It's a bit behind some of the other Nexus and Google Play Edition devices... but not all of them. Don't show off your fancy new software to anyone with a Nexus 9, for example: they're likely to try and hurt you. Normally Google software goes out in batches, but the update was awaiting for me as soon as I turned my tablet on, so maybe there are so few LGGP83GPE users that we're all getting it at once.

A reminder: since the first Lollipop update, any modifications to the system software (including a simple root with the stock recovery) will cause over-the-air updates to fail. If you've modified your tablet you'll need to wait until we find a factory image to flash, which might be a while.

Here's the link to the update file.