Fatal Fury Special has been around since 1993, making this the time to celebrate its 25th anniversary. The entry followed Fatal Fury 2, taking its game mechanics and adding on a new combo system, turning up the speed, and refining the game's balance. There are a total of sixteen characters to choose from.

This is a port of the NEOGEO version, which includes a six-button layout featuring "Special Moves" and "Line Sway" buttons.

Android gamers can compete with one another using Bluetooth. Both players need a copy of the game, which you can each grab for $3.99 from the Play Store below. 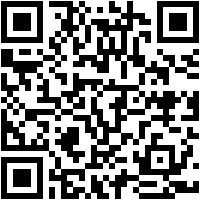 Originally released by SNK in 1993 on NEOGEO, legendary game console which celebrates its 25th anniversary this year, "FATAL FURY SPECIAL" takes up the game mechanics introduced in "FATAL FURY 2", and returns with a faster game speed, a brand new combo system and a refined game balance. Moreover, this high-quality port of "FATAL FURY SPECIAL" to iOS & Android devices will allow users to play any of the 16 characters available and challenge other players via the Bluetooth functionality of their smartphone device.

One of the most highly praised "FATAL FURY" titles!
"FATAL FURY SPECIAL" was a worldwide hit in the arcades and a blast in the fighting game genre at its release thanks to the high quality of its game mechanics and its 16 charismatic fighters!

A refined game system!
"FATAL FURY SPECIAL" is more than an update to "FATAL FURY 2" with its overall revised game balance and its brand new combo system! Moreover, characters can activate their Desperation Move to change the outcome of the battle!

16 fighters clash!
In addition to the series' iconic characters "Terry Bogard", "Andy Bogard", and "Joe Higashi", popular SNK characters such as "Mai Shiranui","Geese Howard", and "Wolfgang Krauser" join the battle. Furthermore, "Ryo Sakazaki", who was originally hidden in the original game, is now playable from start!

Versus Battles are hot!
Challenge your friends in intense and epic battles via the Bluetooth functionality of your smartphone!

[Update: OTA Rollout Paused] T-Mobile's LG G3 Finally Gets Lollipop, But Not Via OTA Yet