A "cool" personal audio brand is a surprisingly rare thing, and if you've paid much attention to the market for premium brand headphones lately, Marshall's been a real up-and-comer. The Marshall brand is actually licensed by a Swedish company called Zound Industries, with Marshall granting the right to use the iconic trademark and style of its amplifiers and other products on personal audio gear. It doesn't hurt that the products are good - Zound has made some surprisingly great Bluetooth speakers and headphones, and the original Major on-ear was probably the brand's biggest success yet.

The Major II is a small(-ish) update to that headphone, with a few new tricks in terms of construction and style, though mostly a promise of superior power and low-end response that the original were, albeit only slightly, criticized for lacking. Unlike many headphones, there's really no mistaking a set of Marshalls - the white Marshall logo is emblazened on both ears, in gold on the headband inner, the design of the driver housings (soft faux leather, not plastic), and the wound cord coming off only one ear make them hard to misidentify. 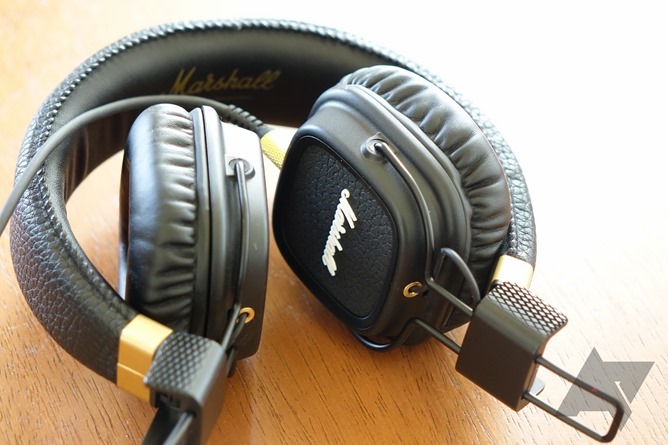 The earcups collapse conveniently into the headband, making them easy to transport, and the cord is completely modular, and can be plugged into either ear (a la many popular DJ and studio headphones). The Marshalls don't feel like a handmade product, but they don't feel cheap, either, and they're quite comfortable. If I had any complaints about them as a physical object, it would be the L-joint 3.5mm connector, which I still do not see a great benefit to on mobile devices - it just constantly gets caught on the edge of my pockets when I pull my phone out.

From an audio perspective, I think Zound have hit a sweet spot - there's enough character here to provide mass-market appeal, but they're not so tuned or bass-heavy as to ruin music. Yes, the Beatles will sound a bit more bottom-heavy than they would have in 1965, but Marshall doesn't go marketing these as an audiophile product; they're about enjoyment, not clinical analysis.

The good news is that even if the character of the headphones may not fit every single genre, the ones they do work with will sound pretty fantastic. The mid-range response on the Major IIs is absolutely exemplary, if a bit muddy at high volumes, allowing vocals to shine through with clarity and "like-you-were-in-the-studio" realism. 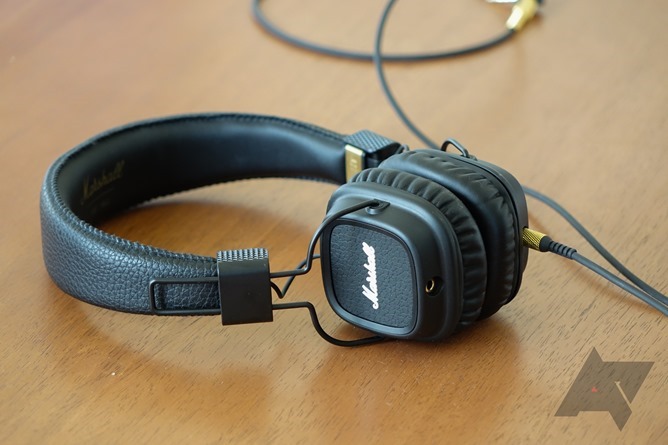 Response at the high-end is quite good, though this is kind of where you can see the "not an audiophile product" cracks begin to show. When things get loud, high-pitched details tend to get overwhelmed by the bass and mid-range, which seem to have an exaggerated presence as volume ramps up.

Iggy Pop's seminal record Brick By Brick seems almost custom made for the Major IIs, with the intense percussion, hard rock riffs from Slash, and Iggy's vocals blending into a power-rock smoothie of awesomeness. This, I think, is the Major II's real strength: their ability to withstand punishing but melodic music without devolving into a muddy mess of bass among competing guitars and drowning vocals. There's a lot of headroom to work with, though I wouldn't exactly call these DJ / electronic music-friendly, the bass simply isn't tight or pronounced enough for the sonic demands of those genres.

The single-button remote generally seems to work play/pause functionality, but as usual, it seems a bit slow to respond and didn't work reliably across every handset I tested (admittedly, I've had these headphones a while!). The microphone is there, it works.

Would the Major IIs replace the Grados at my desk? Probably not - they're very good for my particular variety of music listening, but for TV and gaming, the tuned response just doesn't work as well, whereas a flat studio or audiophile headphone gives you the predictability and balance you want for those sorts of things. But for sheer portability, the Major IIs easily earn the spot in my bag. They always make music an enjoyable experience, and that's most of what I'm consuming in terms of audio on-the-go. They also don't have the dead-to-the-world effect of a beefy set of over-ears or a well-fitted IEM. The world doesn't intrude on your music, but you're not going to forget the world is there, either.

You can grab the Marshall Major IIs for a pretty reasonable ninety-nine bucks on Amazon, here. 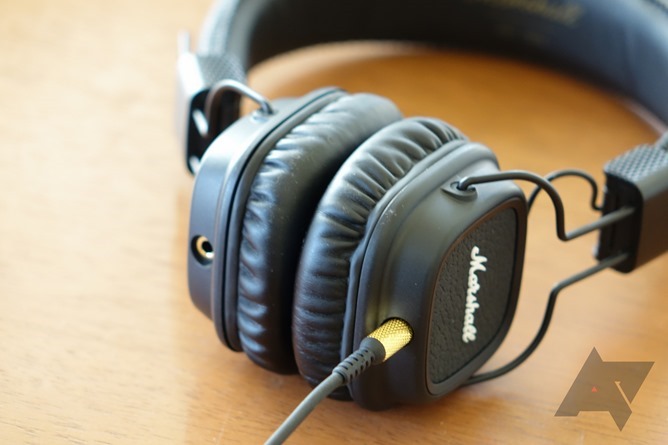