It has been a few weeks since Lollipop rolled out to the LG G3 on AT&T and Sprint, but T-Mobile users have been left in the lurch. The update is finally available, but it's not available as an OTA just yet. If you want Android 5.0.1 right now, you need to install LG's (awful) update software on your computer. 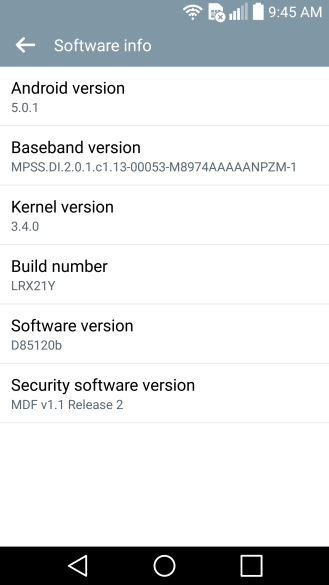 After installing the device management tool, go ahead and plug in your phone and make sure USB debugging is on. LG's software should detect your phone and offer to install a USB driver if the connection can't be made. The update should pop right up and give you the option of downloading and flashing.

Just like a regular OTA, you need to be stock for this update to work. It shouldn't delete anything, but back up important stuff just to be safe.

T-Mobile has confirmed the OTA will start on April 7th. The update docs are already live on the T-Mobile site if you want to have a look.

Strangely, the T-Mobile support page says that the 5.0.1 over-the-air update has been halted.

The Android 5.0.1 / Software D85120b update is paused. We want to make sure we’re providing quality updates to enhance your experience. This update provides features and improvements:

T-Mobile isn't saying exactly what the problem is, but comments on this post (originally published on April 2nd) say that users are encountering a variety of performance, stability, and battery life issues.

Verizon's Galaxy Note 4 Is Getting Its Lollipop Update Today

SNK Playmore Hits Android With A Fatal Fury Special, Walks Away With $3.99