OK, so maybe HTC's 2015 flagship isn't exactly sizzling hot (in the figurative sense, anyway). If you're in Europe, you'll soon have a less expensive option that has a lot in common with last year's model. HTC has announced the One M8s, a re-heated (sorry) take on the original One M8 from 2014. It's almost identical to its predecessor, both inside and outside, save for two major changes: the processor and the camera. 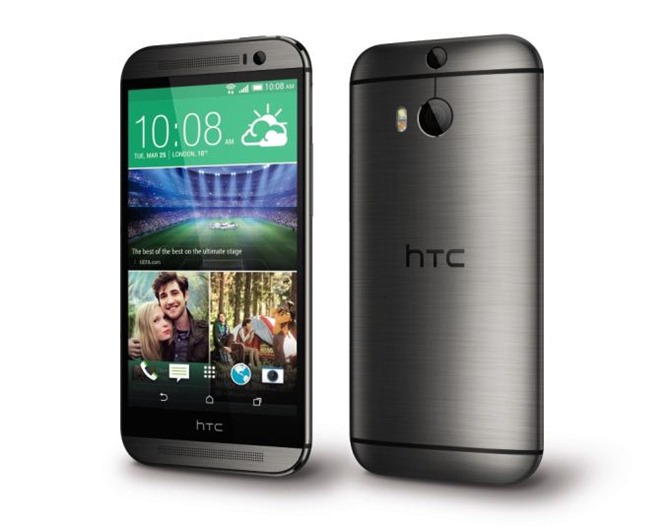 Instead of the Snapdragon 801 in the original, the One M8s gets a Snapdragon 615 with its four fastest cores clocked at 1.7GHz. The Ultrapixel primary rear camera has been replaced with a standard 13MP shooter, though the secondary "depth" camera (a design that HTC abandoned for the M9) is still present. The front-facing camera is slightly less sharp, F/2.8 versus F/2.0, but it's still a 5MP sensor. The battery is slightly bigger at 2840mAh (versus 2600mAh) and its metal chassis is perhaps a hair thicker at 9.55mm (versus 9.35mm). There's also no 32GB option: you'll have to make do with 16GB and a MicroSD card slot.

Other than that, the One M8s is the same very solid phone, including a 5-inch 1080p LCD, 2GB of RAM, AC Wi-Fi, LTE, and Android 5.0 out of the box. AnandTech reports that the One M8s will cost £380 in the UK with comparable prices across mainland Europe. Compared to £550, the current MSRP of the original One M8, it seems like a decent deal. HTC did not give a date for a retail release, and there's no word of the HTC One M8s coming to other markets at the moment.