BlinkFeed debuted with the HTC One M7, and while not everyone appreciates a Flipboard-style home screen with limited news sources, it has its fans. HTC uploaded the launcher into the Play Store last year in time for the M8 launch, and for the M9's release it has renamed the app to Sense Home.

HTC's new homescreen implements a few predictive capabilities that we've seen pop up over the past year or two in apps such as Aviate and EverythingMe. The homescreen widget displays the apps it thinks you're most likely to need at home, work, or when traveling. It's joined by an updated lockscreen (a separate app), which dishes out recommendations to places where you might want to grab a bite to eat. 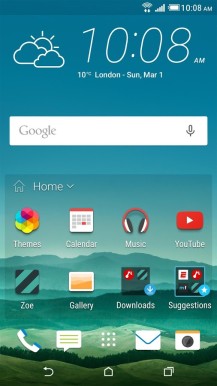 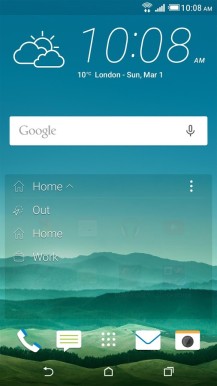 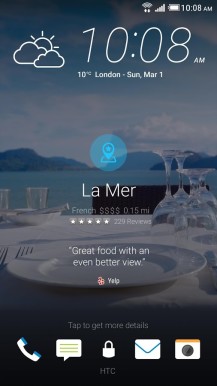 BlinkFeed hasn't gone anywhere. It's still available with a swipe from the left. You can also better customize it and the rest of the launcher thanks to HTC themes that change icons and colors. 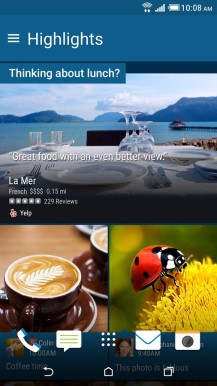 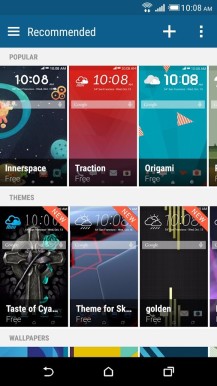 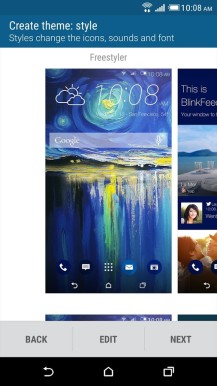 You don't need an HTC One M9 to install the launcher, though it still helps to have one of the company's flagships. Some of the features require Sense 7, so don't expect full functionality on your old M7 or M8 at the moment. Here are some shots from my M7. As you can see, you'll have to consent to quite a bit of tracking to get access to all of the features, and you will also need to have the latest version of the HTC Service Pack. Fortunately, you can grab that straight from Google Play below. 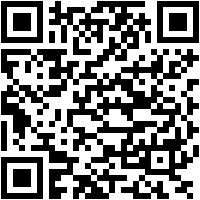 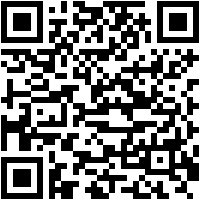